Jason Heyward Made a Beautiful Sliding Catch, As He Does (VIDEO) Skip to content 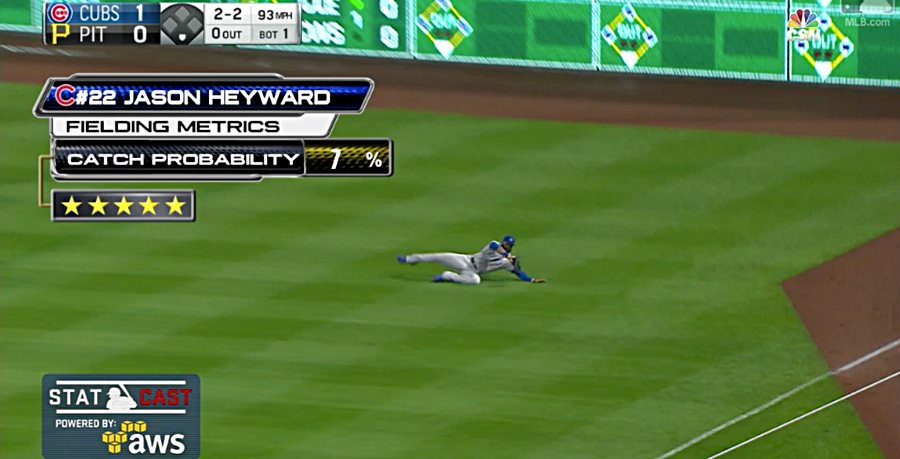 It’s been another very disappointing offensive year for Jason Heyward, a guy who signed with the Cubs after consistently performing above average with the bat before the 2016 season. This year has been better than last year, but not by much.

Even when there are positive signs, they come with caveats:

Among the qualified hitters in September, the Cubs wRC+ leader is …

All we can do at this point is hope there aren’t fundamental health or bat speed problems for Heyward that cannot be overcome, and maybe he’ll continue this rebound through the end of the season and on into next year. Asking for optimism at this point would be naive, but I suppose talented players have gone through valleys like this before.

In any case, this post is more about the thing Heyward continues to do at an elite level, and that’s play outfield defense.

He flashed it again last night with a stellar sliding grab on a ball, as the Cubs note, that was very likely to drop in for a hit:

Jason Heyward cares not for your hit probability (85%). pic.twitter.com/Ax0vkIbY0N

That hit probability doesn’t account for the actual ground that Heyward had to cover based on his positioning. The Statcast video on the catch, however, does, and points out that Heyward actually had a mere 7% chance of making that play. He had to cover 42 feet in THREE seconds.

And for Heyward, that play didn’t even look that difficult. He’s just that good at reading the ball quickly, reacting quickly, and getting to the spot quickly.

At 15 DRS, Heyward is tied for fourth best in the OF in baseball. His 15.3 UZR/150 is third best. The numbers match the eyes, as they have throughout Heyward’s career.