REPORTS: Shohei Otani is Coming to MLB ... and Maybe the Cubs Will Still Have a Chance? Skip to content 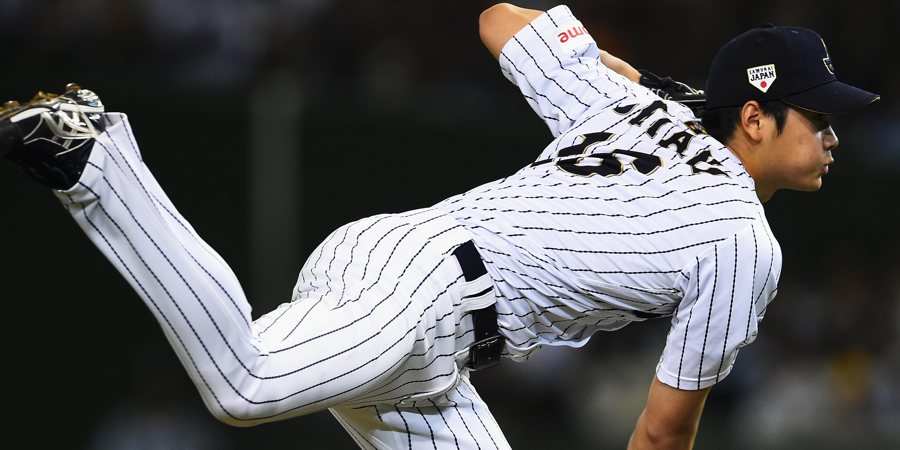 Well, it looks like this is really happening. And it looks like it could be unlike any free agent pursuit we’ve seen before, not only because of the immense talent involved, but because of the way the artificial restrictions in spending imposed by the CBA will make things all the more difficult to predict.

In short: this could be nuts.

I’m referring, of course, to generational Japanese talent Shohei Otani, a two-way player who pumps 101 mph gas and crushes dingers, and who has reportedly decided that, yes, he’s coming to the United States to play in MLB next season.

Per reports out of Japan, the decision has been made, and Otani will be posted by his NPB team this offseason, regardless of the fact that he is currently subject to IFA restrictions that will max out his possible bonus in the $5 to $8 million range. If the 23-year-old were to wait just two more years, he could very plausibly sign a $200 million contract. To say that he’s demonstrating that money isn’t the most important thing to him is an extreme understatement.

And that’s where things certainly get interesting for a team like the Chicago Cubs, who are in the IFA penalty box, and could not offer Otani more than a $300,000 signing bonus. Ten other teams, including big IFA players like the Dodgers and Padres, are also in the penalty box. Maybe this means those 11 teams will be out of the running right away. Or maybe it means Otani, who isn’t blinking about the difference between $200 million and $5 million, won’t see a huge difference between $5 million and $300,000. Maybe it really, truly isn’t about the money for him. (Plus, it’s not as if he’s made nothing in Japan so far – as best I can find/calculate, he’s earned about $7 million in NPB so far in his career. It’s not $200 million, but it at least sets him up to care a little less about money.)

So, can the Cubs actually hope to sign Otani? I still think they have a tougher road than a team like the Yankees or Red Sox, who can offer a lot of the same peripheral advantages as the Cubs, and can also offer a few million more bucks (plus the opportunity to DH – thanks, stupid different league rules). But I also think the Cubs are going to try like hell to sign Otani, who could not be more perfect for their needs. There can be no doubt that the front office will be as aggressive as they possibly can be to sign him.

How do they do it, though?

Unless a new, Otani-specific rule emerges, MLB has been very clear that if you sign a player with a side agreement in a way to avoid the IFA restrictions (like signing him for $300,000 and then inking him to a $100 million extension the next day), there will be consequences – not only would the signing likely be nullified, but other sanctions could and would be imposed.

So, then, what could it possibly look like if the Cubs were to try to sign Otani? Well, I’m just spitballing here, but my pitch would underscore the success and stature of the organization, the awesomeness of Chicago, the opportunity to be THE Japanese star in a major US market, and, of course, the opportunity to compete annually with a young team with a long window of contention available (especially with Otani in the fold).

From there, I’d also tell Otani – and I think this would be fair under the CBA – that if he has a good year of acclimation and development, we’d be very interested in inking him to a long-term, pre-arb extension (which is not the same as trying to get around the CBA, since players *DO* sign pre-arb extensions all the time, and waiting a year to do it seems like a reasonable nod to not “cheating the system”).

Maybe the Cubs will have a chance. Maybe not. Either way, this process is going to be crazy to follow.