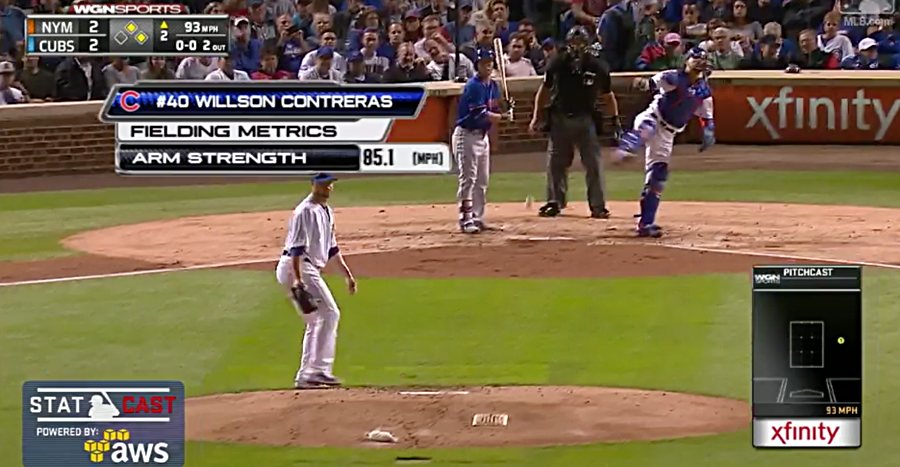 Willson Contreras returned to the Cubs this past weekend after about a month off to recover from a hamstring strain, and he returned to the starting lineup this week for a couple games behind the plate. He’ll get today off, and then be back at it on Friday.

He’s already contributed to the offense in a much-needed way, with a couple hits and four walks in his two starts, but it just didn’t feel like Contreras was truly back until he did something behind the plate.

Because Contreras is Contreras, it didn’t take long for the killer instinct to kick in:

With the Mets threatening in the second inning, having already plated a run in each of the first and second inning, Contreras took it upon himself to end the inning with a strong throw to second base – with the bonus beautiful quick tag from Javy Baez.

Alex Avila and Rene Rivera have filled in excellently for Contreras, and they have been solid behind the plate themselves. Getting back Contreras, doing the things that he can do, is going to be a significant boost to a club that managed a really nice stretch of baseball without him, but that unquestionably needs him to be at their best.