Wake Up and Enjoy the Clinching Celebration! You Earned It With That Regular Season! Skip to content 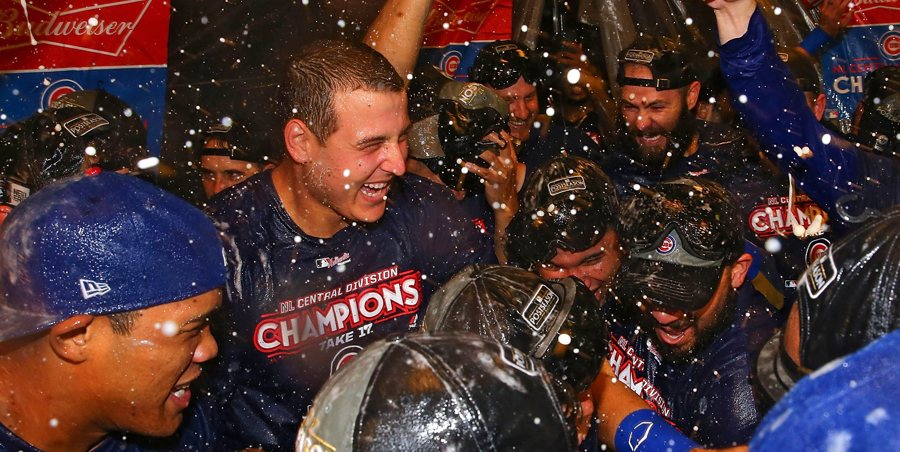 Good morning to the two-time reigning NL Central champion Chicago Cubs! And to you, the fine fans who’ve enjoyed the tumultuous ride that was the 2017 regular season.

Now that you’re on the other side of it – I’m speaking of the regular season process of earning a playoff berth only – do you feel like it was a good thing to get to enjoy a totally different kind of season from last year (and from 2015, frankly)? In retrospect, was it a positive experience to get to see the Cubs, overwhelming favorites in the Central, struggle to a sub-.500 record at the All-Star break, and then battle back in the second half, catch fire, and pull far ahead in the final week of the regular season?

You got to experience that version of a divisional race now. The “what an underachieving pile of disappointm… oh, hey, wait, nope! They’re still good!” version.

For me, I was feeling the frustration all season – or at least until the last few weeks – just like you, and I was feeling it acutely. The worst part was that, when the Cubs were struggling, they were earning that struggle. There was no bad luck to point to in the aggregate, and no certainty that they would turn things around like this. That made it very challenging to lay out the proper perspective in this place, because I still suspected the talent was there to go on a run like this, but the team and the individual players had not demonstrated that it was actually going to happen this year. Combine that with the very real World Series hangover effect, and my optimism was probably much lower than it feels as we look backwards today.

From Clenching to Clinching: The Story of the 2017 Chicago Cubs and Their Fans' Posteriors

So I’m going to enjoy the heck out of this SECOND STRAIGHT NL CENTRAL TITLE, and I’m really going to look forward to the next postseason run. The last two (even include the sweep by the Mets in the 2015 NLCS, in its own weird way) have been some of the best Cubs-related experiences of my life, with last year’s World Series obviously the coup de grace.

Who knows what this year’s installment will be? After that regular season, I’m going to try to leave myself open to the possibility that it might look very different, but there might still be a lot of joy to be gleaned.

Speaking of joy, how about some of the fun from last night …

“We were a little hungover in the first half, but showed up to brunch in the second half.”

This is as addicting as it gets. LetsGo!!!! #BackToBack #Repeat pic.twitter.com/UeetXCXmp3

Contreras eating a piece of chicken and Quintana sprays him with beer. #Cubs pic.twitter.com/nNvd4kquxb

Here's what the final out looked like in the CSN production truck pic.twitter.com/gG26H1nV0r

BOOM! THE CHICAGO CUBS HAVE WON THE NL CENTRAL!

And now it begins … pic.twitter.com/RgD0q5gfgh