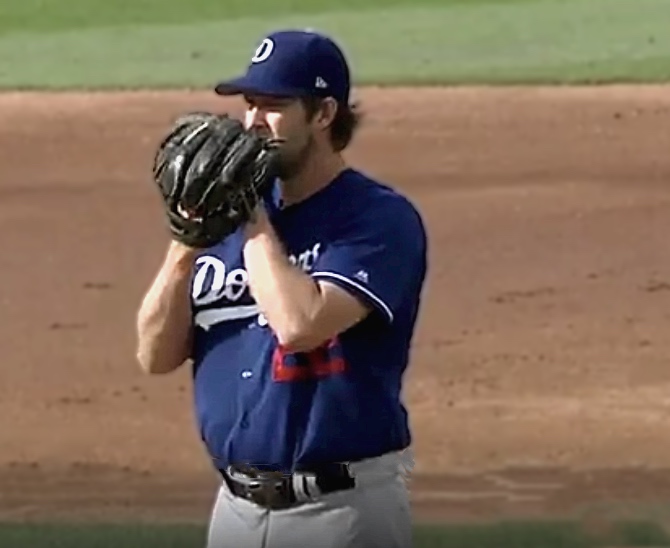 The Chicago Cubs saw all four of their presumed playoff starting pitchers toss a ball in the final two games of the NLDS against the Nationals, which, in isolation, makes it pretty darn tricky to figure out how the rotation will line up when the NLCS kicks off tomorrow night.

As Michael discussed this morning, Jose Quintana didn’t throw that many pitches yesterday, and a starter normally has a bullpen session two days before a start anyway, so he’s your likely Game One starter tomorrow.

Nothing has been decided yet, though, and the options are as you’d expect:

It’s not quite a “Stephen Strasburg or Tanner Roark?!?!?” situation, but the Cubs may very well leave us all guessing until mid-day tomorrow when they determine how Quintana is feeling.

As for Game Two, it sounds like Jon Lester, who threw 55 pitches on Wednesday, could be the guy (Gonzales). So he wouldn’t be getting his usual four days rest, but it was a limited outing, so hopefully he’s just as good to go. For what it’s worth, Lester threw 22 fewer regular season innings this season than he did last year.

My best guess is that the Cubs would like to go Quintana, Lester, Kyle Hendricks, Jake Arrieta. But we’ll know more tomorrow.

The Dodgers, by contrast, have this evening announced their front four: Clayton Kershaw, Rich Hill, Yu Darvish, and Alex Wood.

If you thought the Cubs had it rough in the NLDS facing Max Scherzer, Stephen Strasburg, and Gio Gonzalez repeatedly, things don’t get much better in this series. The good news is that the Cubs still found a way to prevail against those guys, and maybe they can make that happen against the Dodgers, too.

We’ll have more on the individual starters as the games approach, but the short version is that all four have been incredibly good this season. Darvish has arguably been the worst of the four, so that’s saying something.

In the 2016 NLCS, the Cubs faced Kershaw and Hill in Games Two and Three and were completely dominated. They got to Kershaw in Game 6, though.

With three lefty starters going, you can expect to see right-handed-heavy lineups in this series, with a healthy dose of Albert Almora. It’s unfortunate for the Cubs that Ben Zobrist has been so brutal from the right side of the plate this year, and that Ian Happ hits righties a lot better than lefties. On the other hand, Jon Jay has hit lefties fairly well again this year, and Almora has wrecked them. Throw in the fact that the entire infield handles lefties well, and maybe this is a good matchup for the Cubs (even if, well, the particular lefties at issue are really, really good).