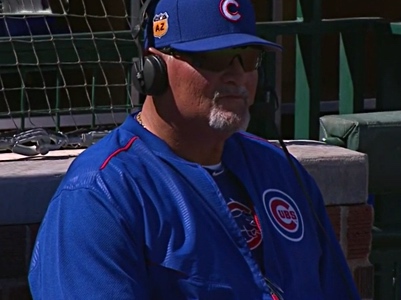 This past offseason, the Chicago Cubs parted ways with pitching coach Chris Bosio after six seasons and three managers, reportedly in part because conflicts had developed about the way Bosio was operating. Before last year, Bosio was seen as instrumental in the success of many Cubs pitchers, and the development of the pitching infrastructure that carries forward to this day.

Whether that is accurate or merely an external painting based on his role and the Cubs’ success, we may never know. The Cubs then turned to Joe Maddon’s former Tampa Bay pitching coach Jim Hickey, who took over this winter in a pairing that many assumed was preordained (though reports later suggested that the Cubs were going to be parting with Bosio regardless of what happened with Hickey).

Unsurprisingly, it didn’t take Bosio long to latch on with another rebuilding club, the Tigers, and it made perfect sense given what he’d done with the Cubs.

Quite surprisingly, however, he’s already gone. And not because of underperformance:

The content of those “insensitive comments” is not yet out there in mainstream reports out of Detroit, but it must have been pretty bad to warrant an immediate termination. You don’t really see too many coaches being canned on the spot for something they’ve said.

You may recall that Bosio ran into some trouble in his time with the Cubs, having made some unacceptable remarks about Eric Thames’ power surge on returning to MLB.

That will rightly get you canned on the spot, and I also don’t know how you make it in this game for as long as Bosio has if you have that kind of thing in you.