The Cubs managed to squeak out a win last night, but that’s to be expected, because I was wearing my lucky shoes. And you may laugh, but those shoes are now 4-0 (the Cole Hamels complete game, the lone win in Brewers series, the extra-innings win on the one-day trip to D.C., and the late-game comeback last night).

Unfortunately, I won’t be able to wear them today, or even watch today’s game. I am officiating a friend’s wedding next weekend and today is the rehearsal ceremony/dinner, right at 3:45 CT. Sigh. I sure hope the Cubs pull through.

And I have good reason to believe they will! Even though they won’t have the shoes to back them up, Joe Maddon has loaded the lineup with righties against the *extreme* split Cody Reed. His wOBA is nearly 100 point worse against righties, and he’ll face 8 of them this afternoon. He’s also made only four starts this season, none of which lasted longer than 5.0 innings. He doesn’t strike many guys out, he walks plenty, and gives up a fair amount of hard contact. His big plus, however, is a really solid amount of ground balls, so watch out for those pesky double-plays today.

Meanwhile, the Cubs are sending Jon Lester and he’s actually been quite good for five consecutive starts. He’ll have to lead the game off against Billy Hamilton, who, you know is just dying to get on base to wreak havoc, but the Cubs have Javy Baez at second for lightening fast tags and Willson Contreras’ arm behind the plate for fire-emoji-inducing throws.

I still think the Cubs can manage to pull this one off today and drop their Magic Number down to, at least, 13. And FYI: the Brewers play the Pirates in Milwaukee at 6:10 CT. Let’s Go Cubs!

And here’s a random, old picture of Brett I found in our media folder titled “Brett is lame.” I thought you might enjoy that. 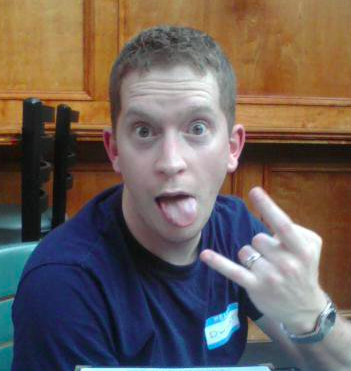