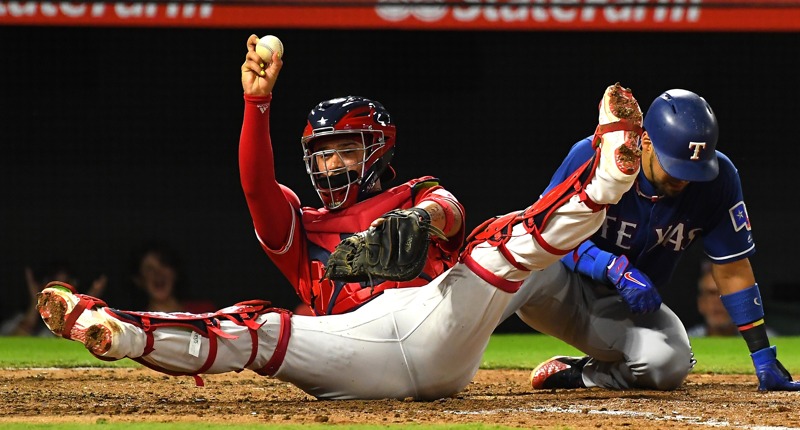 As part of their waves of minor league depth over the past few weeks, the Cubs brought in another catcher in Francisco Arcia (TCR). He can come to Spring Training and compete for the primary back-up job, but most likely – as the roster is presently constructed – he’d head to AAA Iowa to be one of the third catcher options behind Willson Contreras and Victor Caratini.

Arcia, 29, reached the big leagues last year for the first time with the Angels, playing in 41 games and posting a back-up-catcher-acceptable .204/.226/.427 (75 wRC+) line. The Angels decided not to keep him on the 40-man roster over the offseason, though, and he became a free agent when he was not tendered a contract.

Arcia was a league-average hitter the rest of the year at AAA in 2018, and has hovered at the AA/AAA level since he first reached AAA as a Yankees prospect all the way back in 2014. That is to say, even without digging in, it’s a pretty good bet that he hasn’t been regarded as a top prospect (even factoring in the late-blooming nature of catchers).

Sure enough, he has never showed an above-average bat in the upper levels of the minors, and his framing rated as solidly below average last year with the Angels. He hit well this year in the Venezuelan Winter League, but not so well that it pops any eyes. A lot of catchers have a very short, late-appearing power peak as they approach and pass 30, so who knows. Maybe there’s a short window of decent offense (by which I mean only slightly below league average) coming.

Arcia likely is no more than he appears to be: extra catching depth for an organization without an obviously-ready big league option should Willson Contreras or Victor Caratini go down. The fact that he’s got a little big league experience is a nice bonus.

None of this should impact the Cubs’ search for a true, big league veteran back-up catcher, mind you.