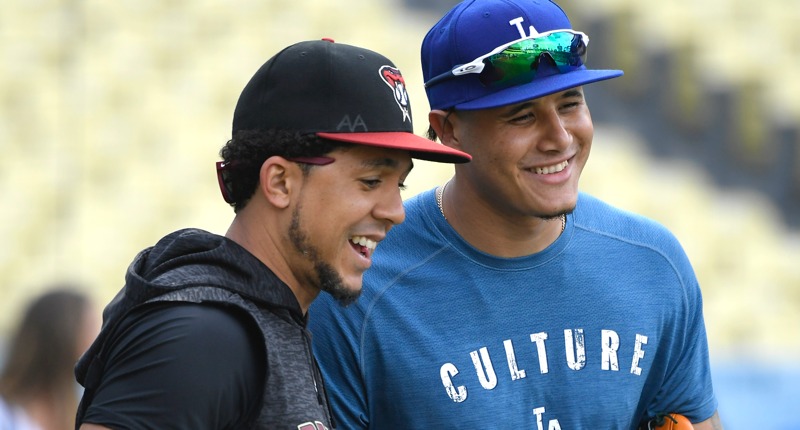 Earlier this winter, the Chicago White Sox traded for first baseman/DH Yonder Alonso, which was a modestly peculiar fit given the presence of Jose Abreu and some other defensively limited bats.

So, in the search for conspiratorial explanations – why else does the Internet exist? – folks pointed out that Alonso is quite close to his brother-in-law, and big-time White Sox free agent target, Manny Machado. Oooh! Sneaky!

Money will of course be the thing for Machado, but if the offers are close among the various suitors, why not have a tiebreaker in the form of a close family member. Or maybe even a close friend:

The #Whitesox have agreement with free agent outfielder Jon Jay. He must complete physical for it to become official. So the Sox now have Manny Machado’s brother in law, Yonder Alonso, and close friend, Jay, on the team as they have offer on table for Machado.

If #WhiteSox complete deal for Jon Jay, it might be another step in their recruitment of Manny Machado. Jay, Machado and Machado’s brother-in-law Yonder Alonso train together in Miami in the off-season. Each wrote about it for The Players’ Tribune in 2017: https://t.co/MSyUwSm8dM

We all see what you’re doing here, White Sox. I’ve just learned that the White Sox have also signed Machado’s sister, traded for his pet ferret, and have started courting his high school chemistry teacher. They are also in the process of physically transporting the entire city of Miami to Guaranteed Rate Field. I don’t know exactly how that’s going to work, but somehow the Marlins are getting a $200 million payment from the taxpayers outta the deal.

In all seriousness, despite his down performance in 2018, Jay is known as one of those clubhouse glue guys, a leader and a mentor in a number of ways, and having him on a team like the White Sox at this moment in their process makes plenty of sense to me, irrespective of Machado.

Ultimately, having a couple guys in place who are very close to Machado certainly won’t hurt his decision-making process, and even if the White Sox do have those connections in their mind when making these days, their exposure if he doesn’t ultimately choose them is very low. Might as well do what you can when trying to pursue a generational talent, right?

And I think we all know what’s coming next. Machado’s cousin Albert Almora for Eloy Jimenez.