Feel free to click through the images below for greater details on any one position or coach/coordinator:

The #Cubs today announced their minor league managers, coaching staffs and coordinators for the 2019 season. pic.twitter.com/KNsH9HwAdJ

Among the higher profile names/jobs, you’ll find that Jeremy Farrell has been promoted from minor league infield coordinator to minor league field coordinator (presumably the additional responsibilities equate to a promotion). And you might remember Brendan Sagara, who’s returning for his second season as the minor league pitching coordinator, as well. Sagara’s job is among the most important for this organization at this point in time, as their struggle to produce big league pitching from within the system has been a burden for the front office and payroll.

In addition to the coaches and coordinators, the Cubs also announced some new hires and promotions within the broader baseball operations framework. 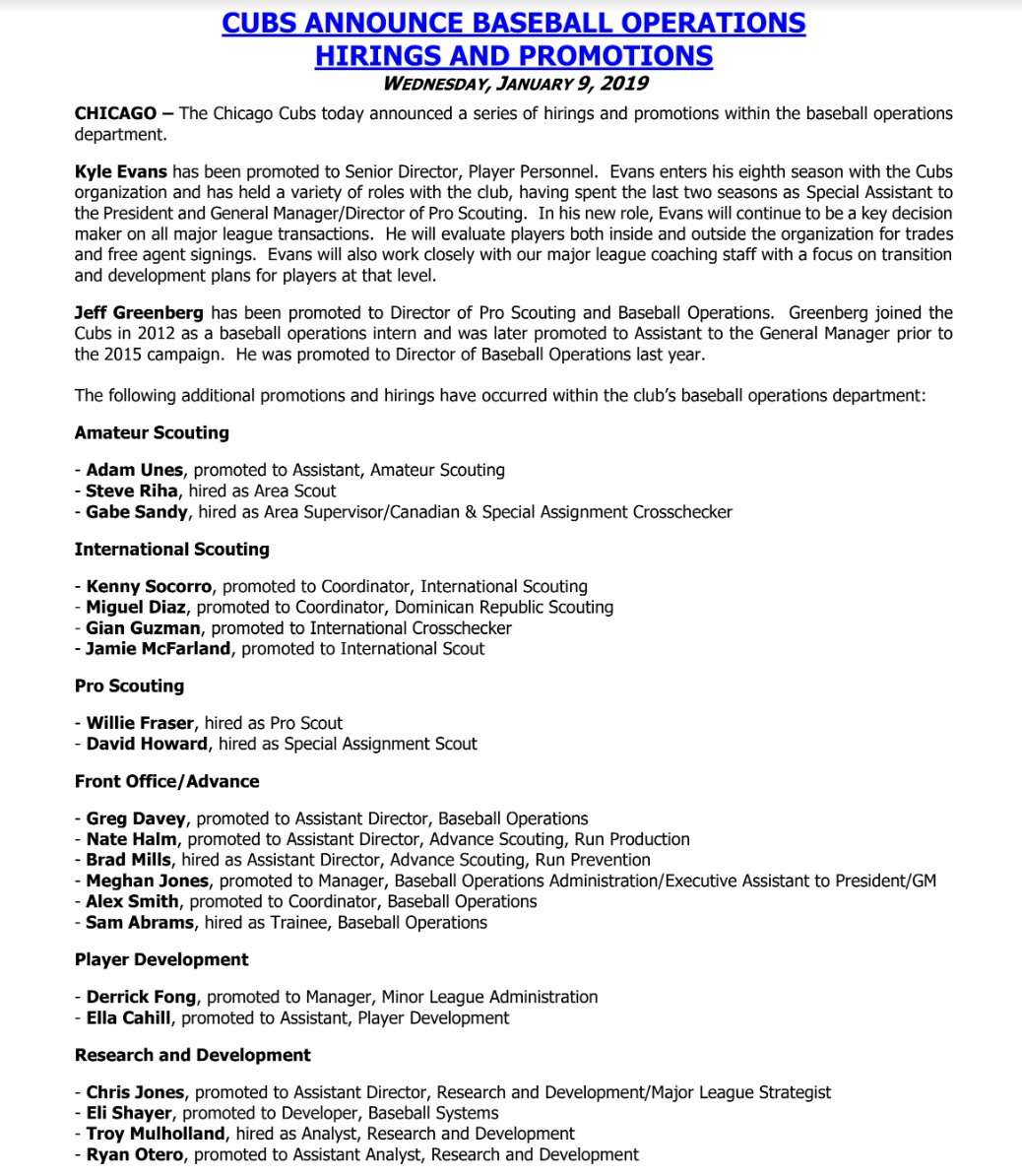 Obviously, there’s a lot of movement there – and a lot of names we’ve never heard of before or will ever see again – but the notable two up at the top stand out. Kyle Evans has been promoted to Senior Director, Player Personnel and Jeff Greenberg has been promoted to Director of Pro Scouting and Baseball Operations. Both of which are positions of relative significance.

Theo Epstein, Jed Hoyer, and Jason McLeod still run things at the top – and there are people between them and the promotions we’re seeing above – but as we’ve learned with guys up-and-comers like Shiraz Rehman, who’s now an assistant GM with the Rangers, people moving up the chain from within the organization can eventually become big-time players on the baseball operations market.