Even Now, Cubs Projected by Vegas to Have the Second Most Wins in the National League Skip to content 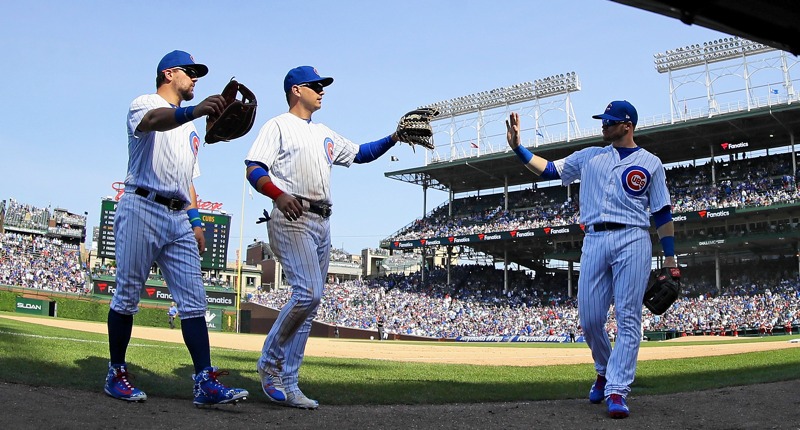 With MLB embracing legalized sports gambling in an official way, it seems like we’ll be seeing more of a relationship between the sport and betting in the coming years. Personally, I’ve never been a huge gambler, but I do like making in-between inning side bets for a buck at the game (“10 to 1 Javy Baez steals a base this inning”), and I do like daily fantasy.

But even if I’ve not always been huge into betting on baseball, I do really enjoy looking at the various betting odds as something of a market-distilled benchmark for various expectations. One of the most interesting to me in the offseason is the over-under win totals from Vegas – i.e., the line at which you can bet that a team could win more or fewer games in the coming season.

Thanks to Joe Ostrowski on Twitter, we can see the current lines from Caesar’s Palace: 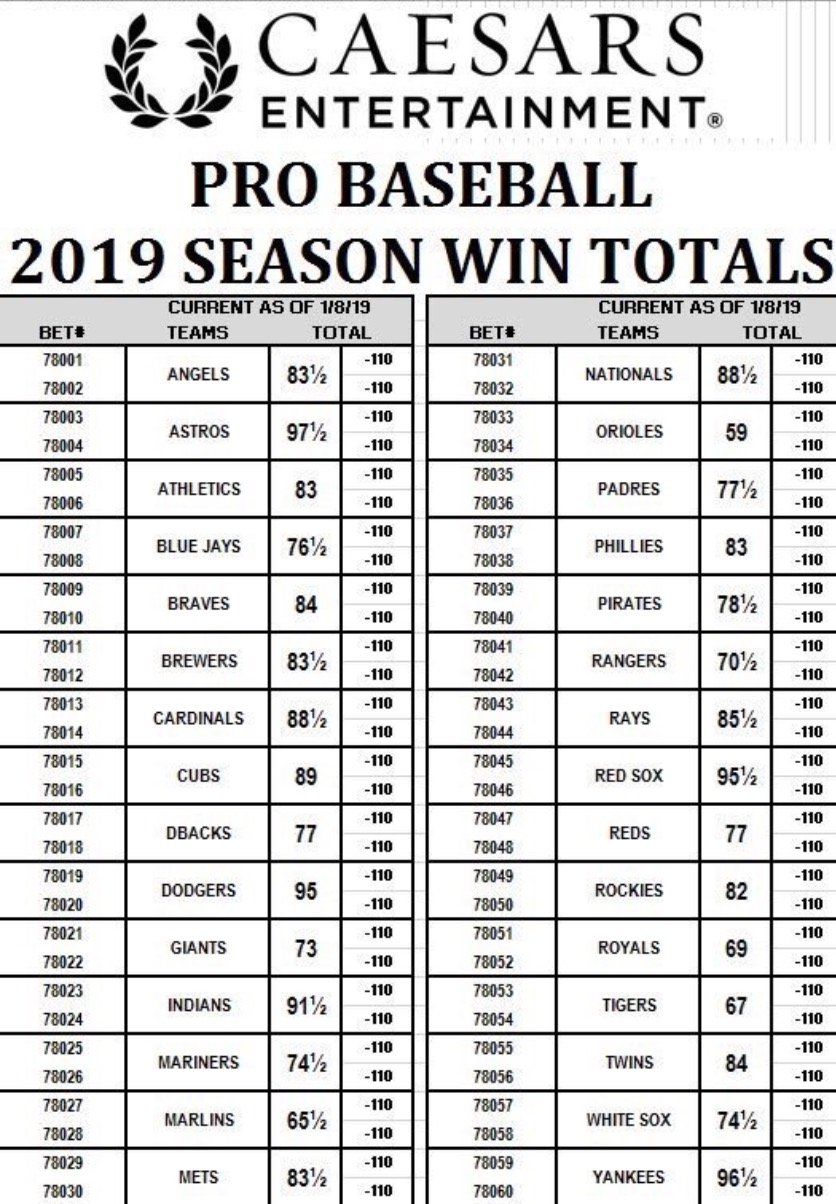 As you would expect, the really extreme numbers come in the deeply (troublingly?) stratified American League, and man, I would just stay away from almost all of those bets. Do you really want to passionately contend that the Yankees will win at least 97 freaking games? Or that the Rangers will win 70 or fewer? PASS.

In the National League, though, the win totals are much more conservative, and I see a lot of really interesting ones.

Obviously the Cubs will catch your eye, because it’s the Cubs, but I think 89 right now – given the competitiveness of the league and the division – is not necessarily an unreasonable line. Would I guess “over”? Of course, even without further additions. Would I bet a thousand bucks on it? Ehhh … nah. Keep in mind, the Cubs there have the second-highest win total in the National League.

The Brewers at 83.5 and the Braves at 84 seem like obvious overs to me, and I’d probably say the same about the Phillies at 83 (especially if you can get it right now before they make any other additions).

The Pirates at 78.5 seems high to me, given the competitiveness of the other four clubs in the Central, and the likelihood of another sell-off if they’re not looking like a contender in June. I could see the Diamondbacks going under 77 wins, too, if they succeed in moving Zack Greinke.

The thing about this, of course, is that so much of the offseason is still unsettled, even though we’re approaching mid-January. If you have a good read on upcoming transactions, you could perhaps get a slight edge over the betting masses. But good luck definitively surmising where the most impactful free agents are going to sign – you’re basically just making a multilayered bet at that point.

What stands out to you on these line?