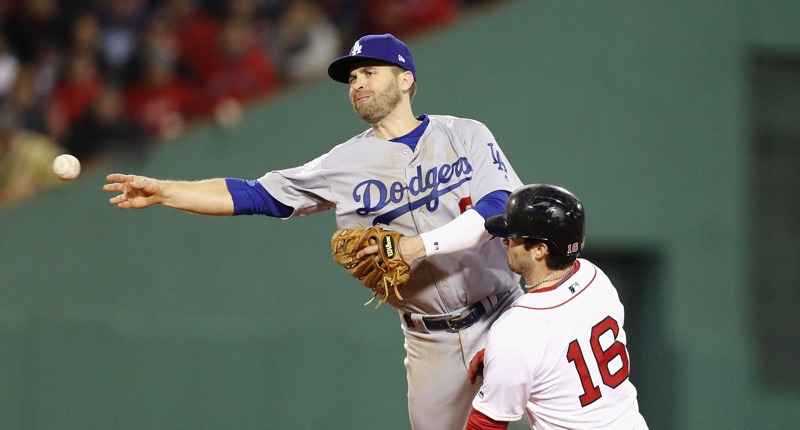 The middle infield market has suddenly started moving, with two deals already today, and a third rumored to be in the works:

#SFGiants are among the teams showing interest in LeMahieu, sources tell The Athletic. https://t.co/c0eUdQIjEN

The Nationals get a chance to bounce Brian Dozier back while they buy time for Carter Kieboom, and you can query whether adding Dozier makes it ever-so-slightly less likely that Bryce Harper returns. I tend to think there’s no meaningful relationship there, for what it’s worth.

If the Giants do add LeMahieu, you wonder if maybe they might be ever-so-slightly more likely to consider a bad contract swap involving Jason Heyward, but as we’ve discussed, it’s just so hard to make a deal fit for both sides.

As far as any of this middle-infield market-moving concerns the Cubs, outside of the competitiveness of the teams in the National League, I tend to think there’s no real impact. Even if you set aside the deafening rumors of NO MONEY, I’m not so sure I’d put the Cubs in the middle infield market anymore anyway.

We thought there was a nice fit with D.J. LeMahieu and/or Brian Dozier at one point. We thought maybe the Cubs might look at Jed Lowrie at one point. But, that doesn’t really seem particularly plausible at this point, eh? Maybe if someone’s market crashes to the point that they have to take an uber-cheap one-year deal on the eve of Spring Training, but at that point, there are plenty of teams that would be happy to scoop up Lowrie or Marwin Gonzalez, for example.

We do know that the Cubs were in on Troy Tulowitzki (reportedly to be the starting shortstop, though I have a lot of nits to pick with that report) before he chose the Yankees, but it’s not clear what role they really would have wanted for him, given that he’s a total flyer.

It now seems more likely than not that Daniel Descalso *is* that middle-field signing for the Cubs.

After that Descalso signing, it’s not clear whether the Cubs are even entertaining the possibility of bringing in a dedicated free agent starting second baseman, with Javy Baez becoming the permanent shortstop and Addison Russell being jettisoned however. Prior to Descalso’s arrival, that seemed very plausible, given that Ben Zobrist is best used in highly-managed doses, and could not necessarily be expected to start every day at second base. Signing a starter there, then, would allow Zobrist to stick in a super utility role. But with the arrival of Descalso, it has seemed much more likely that – absent a Zobrist trade – the Cubs will just mix and match at second base until Russell returns, and then kind of mix and match all over after that.

I tend to think the Cubs are now in a spot where they would only add a middle-infield player if it were a veteran on a minor league deal. They’ve already added some middle-infield depth on minor league deals in the form of fringe prospect types and minor league veteran types, and they might feel like that’s enough depth – plus David Bote and Trent Giambrone and Zack Short – to cover them.