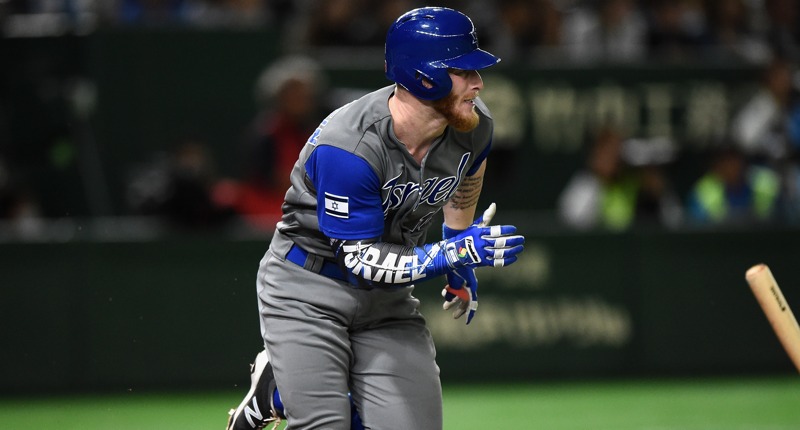 Do you like your flyer minor league singings to have huge power and huge walk rates? Well, good news!

The Cubs have signed outfielder Zach Borenstein to a minor league deal, making them the second team to take a crack at Borenstein after his prospect days with the Diamondbacks. The Mets were that team last year, and Borenstein, who bats from the left, did rake at AAA (.248/.357/.477), and was an organizational All-Star.

But there were two big buts last year that prevented him from ever getting a look with their big league club: (1) his 31.8% strikeout rate was terrifying for a guy seeing AAA action for the fifth season; and (2) the Mets’ AAA club played last year in very, very hitter-friendly Las Vegas.

Back with the Diamondbacks, Borenstein, now 28, was long one of those “ooh, he’s got the tools, but he’s gonna need more power” guys. He was right next to Mitch Haniger, and similarly-described, in a 2016 FanGraphs system evaluation as players to note: “Borenstein had a great year in Double-A, though time is running out for him to develop the game power his corner outfield profile requires for viability at the big league level.”

The good news is that Borenstein, who is not a fly-ball hitter, did add considerable power the last few years, but again, there are the two big caveats: (1) it came at the expense of a 30-ish% strikeout rate that just doesn’t translate to the bigs; and (2) he was playing those years in Reno, one of the most hitter-friendly parks in the PCL.

Interestingly, Borenstein seems to be one of those guys who hits a lot of ground balls, and very few fly balls, but also a lot of line drives – and thus he sports a crazy hit HR/FB ratio (nearly 29.0% the last two years!). You can tell that the guy hits the ball very hard, and sometimes, you just roll the dice on a guy like that because maybe something in his approach and swing clicks in a new organization, the strikeouts fall, and you just found a cheap source of power.

Borenstein also played on Team Israel in the World Baseball Classic in 2017, posting a .606 OPS in his six games. He also has historically crushed righties, while faring only so-so against fellow lefties.

Fun fact: Borenstein was drafted by the Angels, who traded him to the Diamondbacks back in 2014 for a package that included … Tony Campana! Campana, of course, was a former Cubs outfielder, who was traded to the Diamondbacks in a deal that netted the Cubs current pitching prospect Erick Leal.