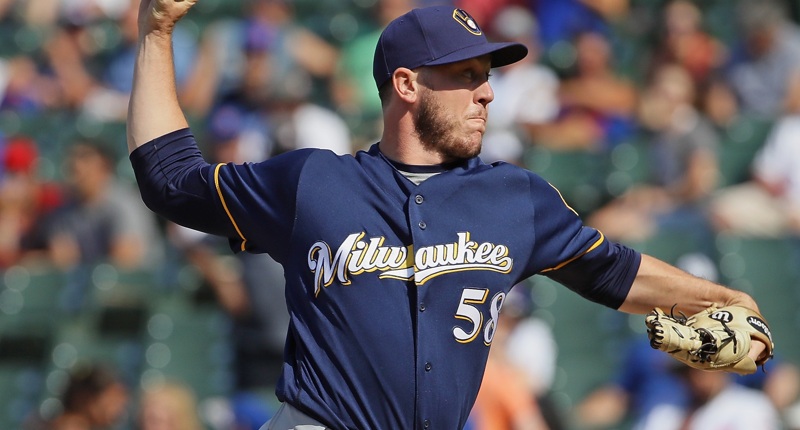 Something, something, the Cubs have no money. Something else, something else, but every team still makes Minor League depth signings every year, and they can, some times, wind up becoming useful. It’s rare, but it happens.

Rob Scahill, 31, is a former-starter, turned reliever, who came up through the Rockies organization starting back in 2009, before making pitstops with the Pirates (2015-2016), Brewers (2016-2017), and White Sox (2018). However, he hasn’t really been really a full-time big leaguer at any point in his career. Last season, for example, he spent just 5.0 of his 65.2 total innings in The Show, while splitting the remaining innings at Triple-A for the Sox. The results in Triple-A were pretty bad (5.64 ERA), especially for someone of his age and experience, but his peripherals were a lot better (25.6 K%, 9.0 BB%, 3.23 FIP) and give you at least some reason to hope he can be a useful, extreme depth piece.

And his ground ball numbers in the Minor Leagues follow a similar, often better, pattern. And that’s usually how it goes with these sort of low-risk, extreme depth, Minor League relief signings. You want to find a guy who can do one thing really well and hope the change of scenery/coaching staff/pitching infrastructure with his new team can unlock one more level to his game. If you’re successful, you might just find a guy who can hang out at the bottom of the roster as a useful reliever and/or, in this particular case, ground ball specialist. In all likelihood, you might never see Scahill on the big league Cubs this season, but for now, he’s in the organization.

I cAn’T wAIt fOr HiS BIG reVeAl tOniGht at tHe OpEnIng CerEmOniES of the cuBS ConVeNtiOn.