I will confess up front that there is a mold into which Yadi Molina fits that I actually really enjoy. He’s good at baseball, he torments his bitter rivals on the field with his skills, he annoys the crap out of them in a variety of ways, he is a leader, he does great things in the community, and he is more than happy to lean into a flame war. It’s weird, but you kinda gotta respect that.

But you also have to see him as the leading voice on the Cardinals, which means you can absolutely give him crap when he goes way over the top to rip Kris Bryant when Bryant makes some jokes about boring old St. Louis.

If you thought Molina was going to end things at his “only stupid players and losers” say things like Bryant did, and after his manager and teammate piled on, you thought wrong. Molina is still Mad Online.

As you would expect, Molina’s mentions on Instagram lit up after his diatribe there, with supportive comments coming from Cardinals fans, and … jeers coming from Cubs fans. And Molina replied to as many as I can count as I scroll:

Yadi’s been a busy man in the IG replies. It just keeps going and going. pic.twitter.com/5exkiylbNf 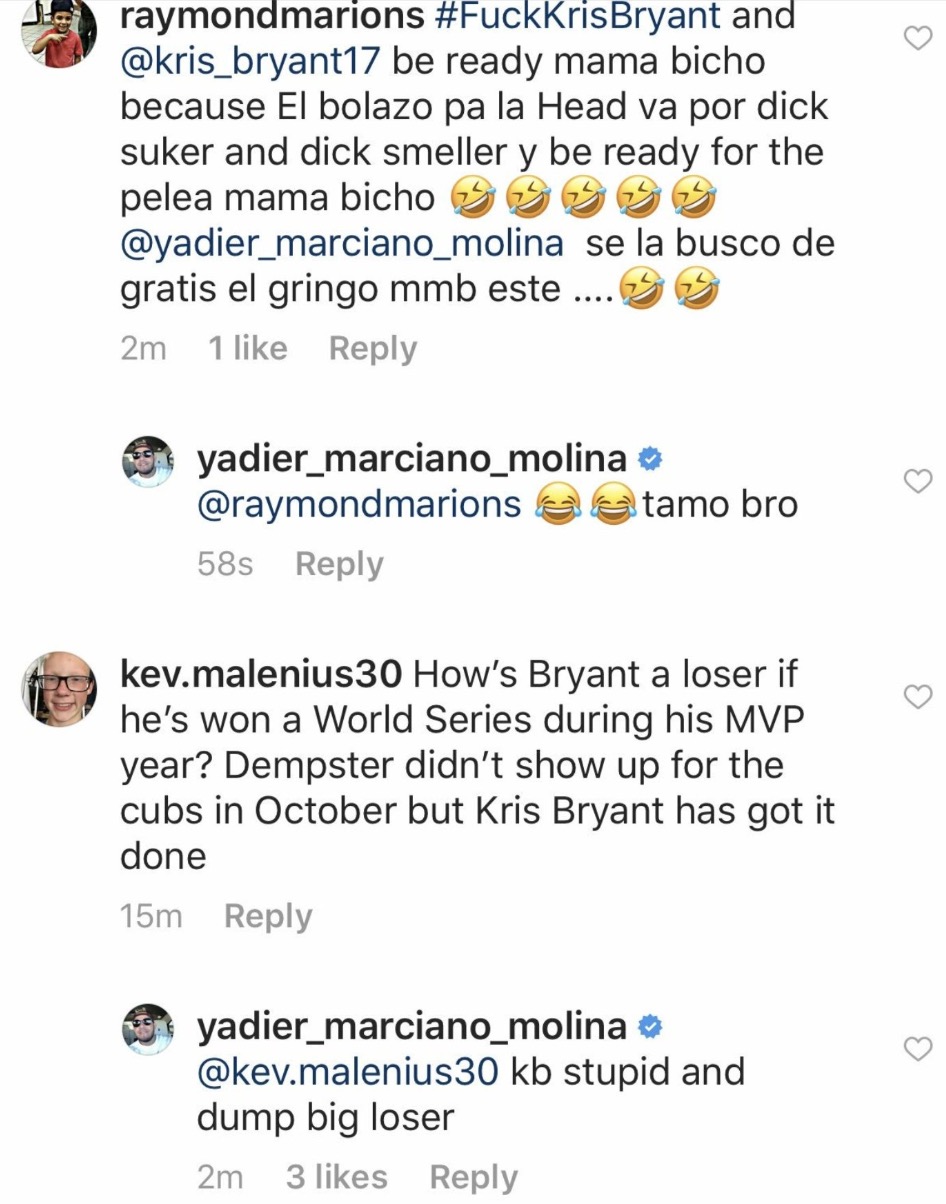 Stupid and dump big loser. Been there, man. I been there.

And to all of this I say: GOOD! DO IT! Rivalries are fun, and as long as they don’t escalate to physical violence or serious threats, why not do a little public tangling? It certainly works for the NBA …

Now it’s Kris Bryant’s turn to slip a BOFA into Yadi’s comments and set him up for the reply!