Miller Park is Being Renamed AmFam Insurance Something or Other, Is Still Actually Wrigley North Skip to content 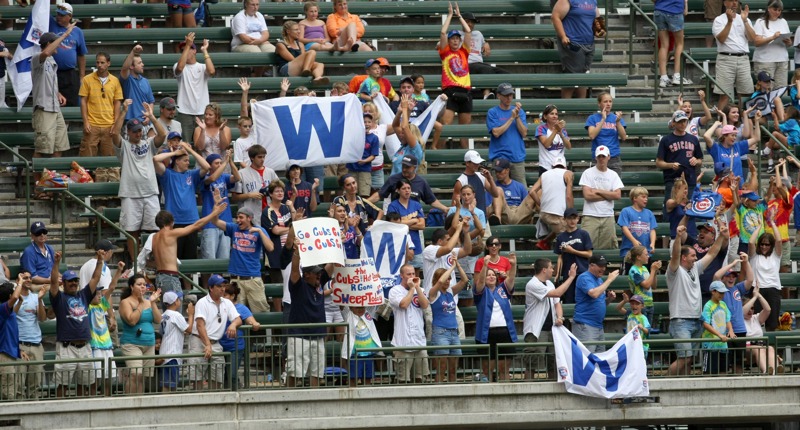 The Milwaukee Brewers have been a perfectly good baseball team the last couple years. I can’t deny it. They started their upswing with a competitive 2017 season, and then overtook the Chicago Cubs in the NL Central in Game 163 in 2018. Bully, bully for them.

But when it comes to their home field, Miller Park, there hasn’t always been so much of an advantage, thanks to the proximity to Chicago and the large, ardent swaths of Cubs fans that descend whenever their team is in town. Remember when the Brewers tried to lock out Cubs fans by selling only to Wisconsin residents for Cubs games? Lulz.

For that reason, the troll in all of us has enjoyed referring affectionately to that particular ballpark, at times, as Wrigley North. You know, because geography.

So, whatever they decide to rename Miller Park, it’s gonna get a shrug and maybe a chortle from me:

#BREAKING from our @gmatzek: Home of #Brewers will no longer be named Miller Park after 2020. Instead, American Family Insurance will be name sponsor. https://t.co/eG1yk5BgXD pic.twitter.com/Y884JvrgGt

If you poke around the old interwebs, Brewers fans are understandably chapped that their ballpark is changing its name after 19 years of life. It’s like if your son Mark came home from college and told you a buddy paid him 50 bucks to legally change his name to Rubinodude. I get the discontent.

But I’ll still probably think of it as Wrigley North. Maybe even moreso now that it’s not even gonna be Miller Park …