OMG Get a Hobby: Cardinals *Still* Moaning About Their Boring City Skip to content 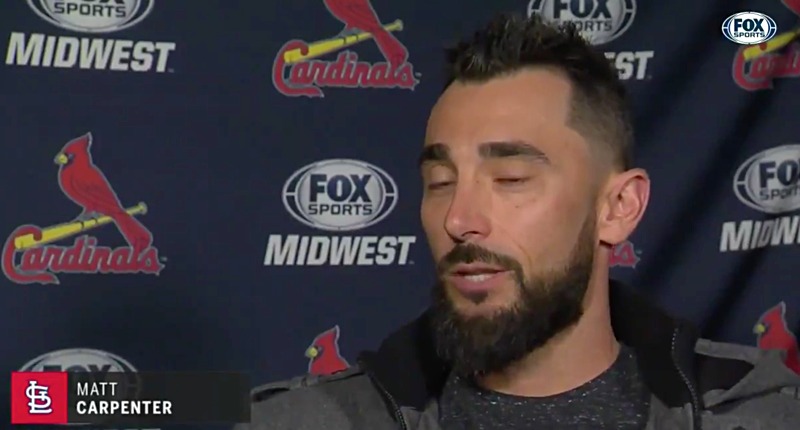 I was absolutely having fun with it. Kris Bryant joked that the city of the Cubs’ main rival is boring and no one would want to play there. Yadi Molina fired back – extremely aggressively, and persistently – and even said the feud would carry into the season. As long as no one gets plunked, it’s all harmless jawing and fun.

But if the Cubs aren’t actually responding, and if you aren’t adding anything actually new to the sparring, then PLEASE STOP:

Kris Bryant's "St. Louis is so boring" comments have really fired up Yadi…and his @Cardinals teammates love that. #STLCards pic.twitter.com/v7LbLs9D24

I’m generally down with anything that pumps up a rivalry, and I know you’re answering the questions posed to you, but what even are you doing at this point? Are you really so desperate to get hyped to face YOUR RIVAL that you need to keep harping on the same dang thing over and over for a week?

Let it go. Or at least take up knitting or something to distract yourself and pass the time.