Hey, So Have You Really Looked at the Brutal Late 2019 Cubs Schedule? Skip to content

One of those random things I’d been meaning to point out at some point since the release of the 2019 schedule: the final month or so for the Cubs looks like it’s going to be brutal as hell.

Take a look at August and September 2019, and marvel at what MLB has planned for the Cubs … 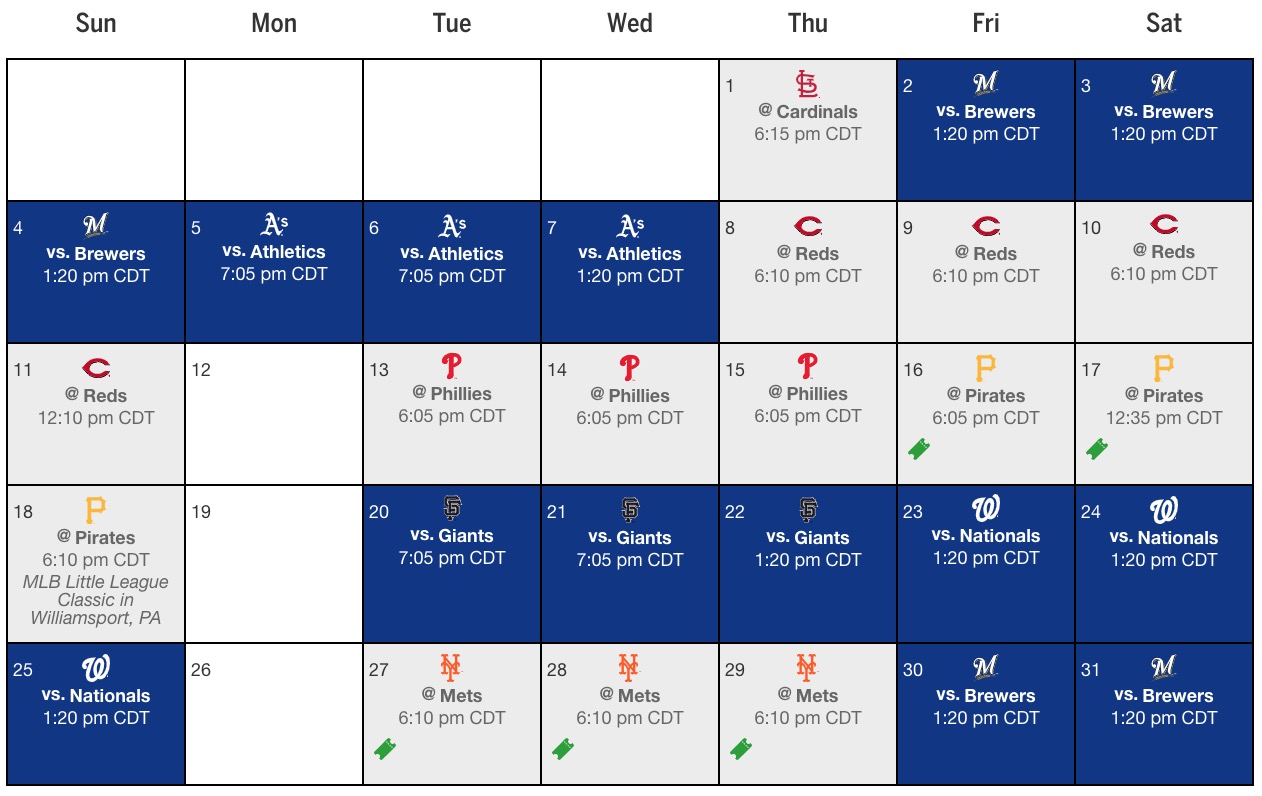 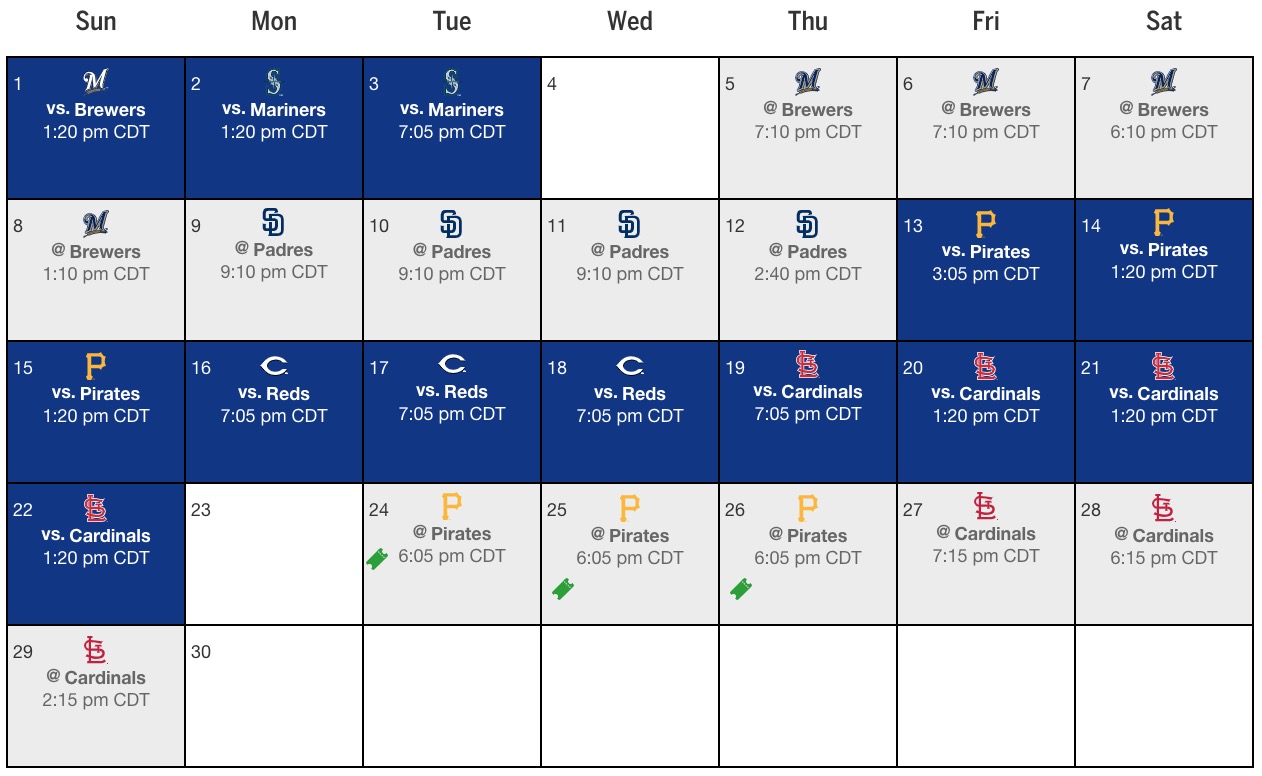 Again, this is the *SCHEDULE.* This is not, like last year, the product of flukey early-season rainouts and ill-advised rescheduling plans. This is what MLB wants and expects the Cubs to do at the end of the long season. If they lose one or both of those off-days to rescheduled games? My lord, it’s gonna be 2018 all over again.

To that end, at least the Cubs just had that experience, and can see this crapball looming down the road. Hopefully they will be able to plan and prepare accordingly, being very aggressive in resting their key players early in the year, and (successfully?) turning over the bullpen frequently so that those guys aren’t carrying around rag doll arms by September.

Moreover, with rosters expanding to the 40-man in September, it figures to be as important as ever for the Cubs to have REALLY GOOD AAA arms ready to come up and supplement the bullpen at the end of the year. Not just guys to whom you can toss blowout innings, but young guys that you can actually rely on in tight games so that the key arms – the hoped-for-playoff guys – can actually get a breather.