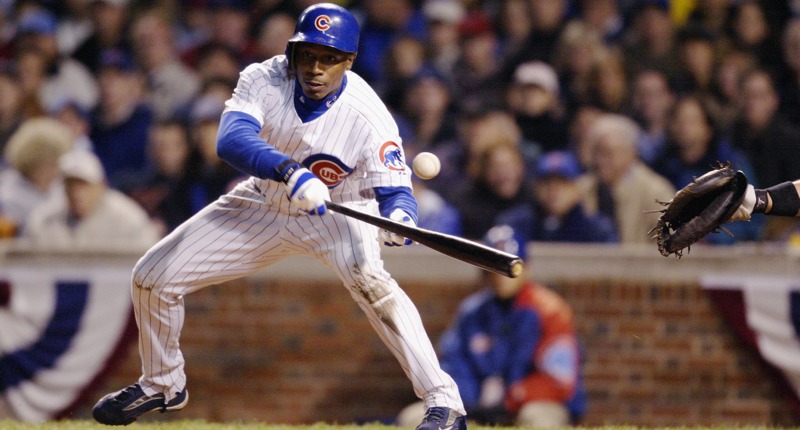 It’s been a few months now since Jordan Bastian has taken over the Cubs beat on Cubs.com, and Bastian’s style of writing – and penchant for staying up with *and utilizing* the best and/or newest advanced analytics – really works for me. What can I say? I’m a sucker for that stuff.

But as it turns out, Bastian’s got more to him than just a great eye for analysis. He also knows how to craft a fun read.

Among his latest at Cubs.com, you’ll find a perfect Friday night distraction to a market that seems not to feel the pressure of Spring Training just around the corner. Who wants to think about that when you can instead enjoy a post discussing 10 players you might’ve forgot wore Cubbie blue?

From as early as 1973 (with five-time All-Star and two-time Silver Slugger Joe Carter) to as recently as 2016 (six-time All-Star Joe Nathan played three games with the Cubs, enough to get him a World Series ring at the end of his career), you’ll probably have a ton of fun taking this trip down memory lane.

Of course, not every player who graced the home dugout at Wrigley Field with their presence is someone you’re going to be necessarily fond of remembering (Cliff Floyd, Goose Gossage, Tony La Russa), but I sure loved remembering Kenny Lofton’s career (and brilliant half-season with the Cubs in 2003 – 2.1 WAR in just 56 games), and DJ LeMahieu doesn’t make me all that upset (I mean, the guy had a nice career, and that was a bad trade, but hey, the universe of Cubs trades balanced out thereafter).

Among the players not listed in Bastian’s article (and be sure to check it out, because each player listed has a little blurb about their time in Chicago), I’ll add Jim Edmonds, Todd Van Poppel, Rich Hill, Rondell White, and Xavier Nady.

Who can you think of to add to the list? I’m sure the further you go back, the better the results – but remember, the point is not to find Cubs you may have forgotten, but rather guys who made a name for themselves elsewhere, or were famous for other reasons, but who, at one point or another, found themselves on the Cubs. For example, Nomar Garciaparra might’ve been a good pick, had the Cubs and Red Sox past and present not been so fundamentally intertwined starting, well, the season he was traded. Everyone remembers NOMAH.

In any case, it’s a really fun read and I think you’ll enjoy it.