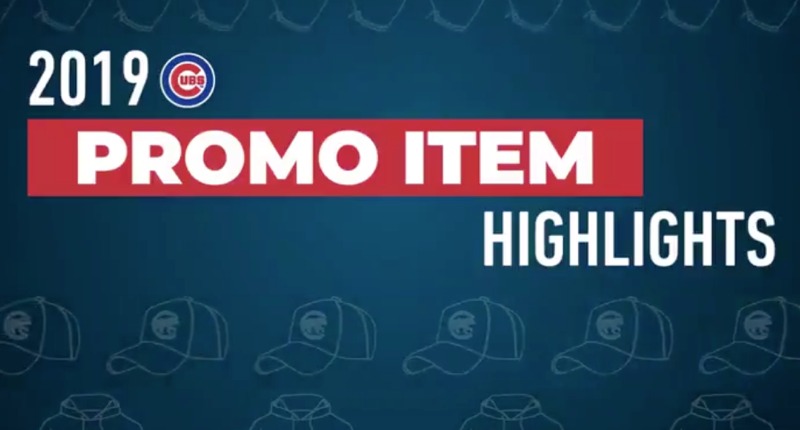 There are plenty of important posts to check off on the old Bleacher Nation to-do list around this time of the year, but one of the most fun is the promotional giveaways.

The Cubs just released the dates for the special giveaway games and themed nights during the 2019 season and you can see everything in this neat little video below:

Bobbles and tote bags and replica jerseys, these are a few of our promotional things! https://t.co/FvvIsnU0WU pic.twitter.com/xemZHpVOxt

In case you can’t watch the video, I’ve got you covered …

Beyond that, the dates are unclear, but the promotions have been locked down. There’ll be six Sundays where the kids can run the bases, plus six “Bud Fridays,” which appear to be some sort of hat-giveaway with “designs by 6 Chicago artists.”

I don’t know which I’m most excited to go after, but I would love a Cubs and Star Wars blanket as well as a 1969 replica jersey. Speaking of which, the Cubs took a loss on July 16th, 1969 against the Pittsburgh Pirates by a final score of 8-9. But the Pirates drew only 8,810 fans that day, so the joke’s on them, isn’t it.