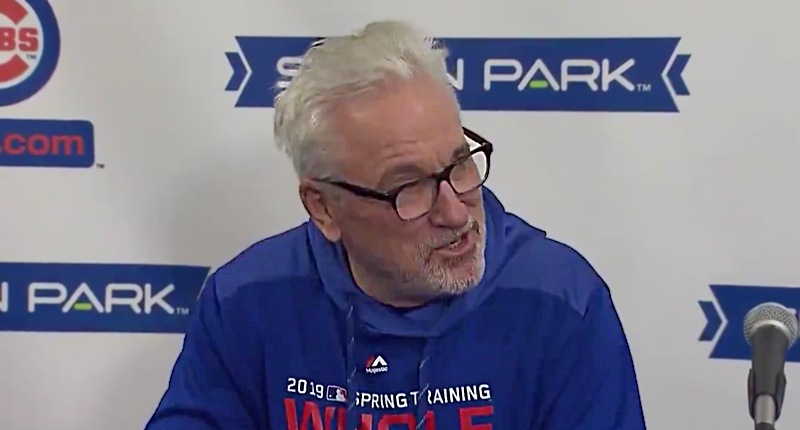 It was an interesting time to drop enormous news – about 6:15 am in Chicago – but the Cubs have officially announced the new regional sports network, the Marquee Sports Network. Mild details are out so far, and we’ll have much more as it becomes available.

Among the details yet to be revealed:

-Terms of relationship btw MSN and Cubs (i.e., revenue to the org)
-Precise role of Sinclair
-What other local sports?
-Carriage options/details
-Other media elements of MSN
-Streaming options

Joe Maddon explains what "Own it Now" means for his 2019 @Cubs squad: pic.twitter.com/geKsDCcaP2

Theo Epstein: "We do stand for 'Everybody In'." pic.twitter.com/yKs2BrM3Vq

Kyle Hendricks is calling his shot for 2019! pic.twitter.com/UCxz4LPV67

“What we’re attempting to do is mend fences.”

Is "analytics" some sort of code word for the luxury tax functioning like a salary cap? Or for owners crying poverty? Because I'm pretty sure actual analytics say go sign Bryce Harper https://t.co/UT571kLJ79

Hmm: Are the Bears a “Team to Watch” in the Le’Veon Bell Sweepstakes? https://t.co/kg5cRR2gsi pic.twitter.com/QjdiEDPMA8