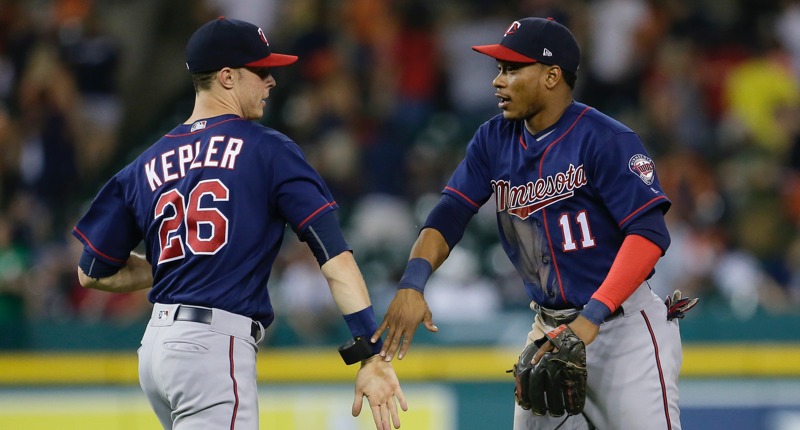 I don’t want to read too much into today’s news – this is the time of year extensions have always been pushed through – but one day after Aaron Nola’s cheap extension got us thinking about the new relationship between young players and the riskier/scarier free agent market, 25-year-old infielder Jorge Polanco and 26-year-old outfielder Max Kepler both signed extensions with the Twins.

Source confirms the Twins’ two extensions: 5 years/$25.75M plus two club portions for Jorge Polanco, and 5 years/$35M plus a club option for Max Kepler.

Both Polanco and Kepler were one year away from arbitration and slated to be free agents after the 2022 season, but each has now signed away at least one year of free agency … FIVE years out. In addition, Polanco gave the Twins the option to take away two more years of free agency with a club option and Kepler an additional one year.

(Before we continue, consider that Kepler got just $10M less guaranteed than Nola, an NL Cy Young finalist, despite below-average (97 wRC+) offensive production last season, and generating most of his value in a corner outfield spot from his glove. That just further supports the idea that Nola’s deal was very cheap, or he was at least a little scared about risking free agency somewhere down the line.)

Like I said yesterday, there is absolutely nothing wrong with locking down life-changing money as soon as you can – and it might’ve made even morse sense in this case versus Nola’s, given that he’d netted a lot more money than they have (for example, they did not receive big draft bonuses at the start of their careers). You always understand this kind of thing from a human perspective.

But, given the way this market has been the last two years, and with sabers rattling in advance of the 2021 CBA expiration, you just can’t help but wonder if players are even more eager to lock in some money right now, even at the expense of realistic bigger paydays down the road.

I think it’s still too early to call this anything more than something to keep an eye on – particularly because the timing of the deal and their previous earning histories – but consider me very aware of this issue now. We’ll see if any similar such deals pop up this Spring, and if the Cubs don’t find themselves participating.

It’s worth reminding you, in the context of this post, that Willson Contreras was basically the only member of the Cubs core who did not get a multi-million-dollar bonus when he started his professional career – Javy Baez, Albert Almora, Kris Bryant, Kyle Schwarber, and Ian Happ were all picked within the top 10 of the draft, and got significant signing bonuses. Contreras is also still a pre-arb player, so he also hasn’t gotten that big bump up into life-changing money just yet. The Cubs reportedly approached him about a deal last year, but he declined. Maybe the sides will talk again soon?