Another Early Extension to File Away: Luis Severino and the Yankees Agree to 4-Years, $40M (Plus a Club Option) Skip to content 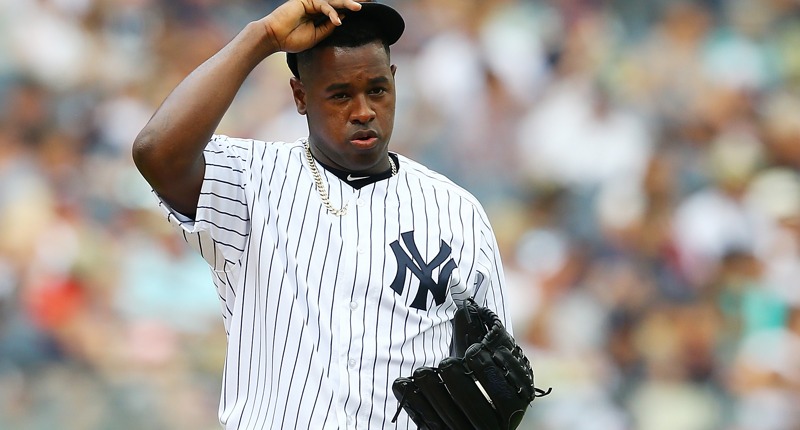 Well, I won’t belabor the point we’ve made twice already, but YET ANOTHER young player has agreed to an extension WELL before free agency – perhaps, out of fear that free agency is not now what it once was.

Here’s the details of Luis Severino’s extension with the Yankees:

Severino gets $40M for 4 yrs guaranteed with an option. #Yankees

Interesting part of that: higher salaries in '20 and '21, lower than usual in '22. Why? Protection against a work stoppage.

Severino, a few days from turning 25, was still a year away from arbitration (like Max Kepler and Jorge Polanco (one year behind Aaron Nola)), but he signed away his 2019 season, all three years of arbitration, plus one year of free agency for just $40M total guaranteed – which is actually a little less than Nola (who had a nice 2018 season, but a slightly less impressive track record of high-level success).

Like I said yesterday, this is the time of year when extensions get done, but I mean my word. Severino is just entering his age 25-season and already has two 5.7+ WAR seasons under his belt (2017 and 2018). If he had one more year like that, he would have set himself up to earn huge dollars in arbitration and then hit free agency heading into his age 29-year-old season. This is simply not a deal you do if you have any confidence in the market.

Now this isn’t to say it’s a terrible deal for him, of course, because Severino gave up only one year of free agency and could still be heading into free agency with his age 30 season ahead of him. But if I were the Yankees, I’d be celebrating. This sort of cost certainty upfront while also stealing what could be his last prime year for that cheap this far down the line is a steal. Good for Severino, who’s locked up life-changing money like some of his peers, but I just wonder if this is going to continue throughout the spring.