Kris Bryant Says His Shoulder is Good, and Says He Didn't Say Anything Wrong About St. Louis Skip to content 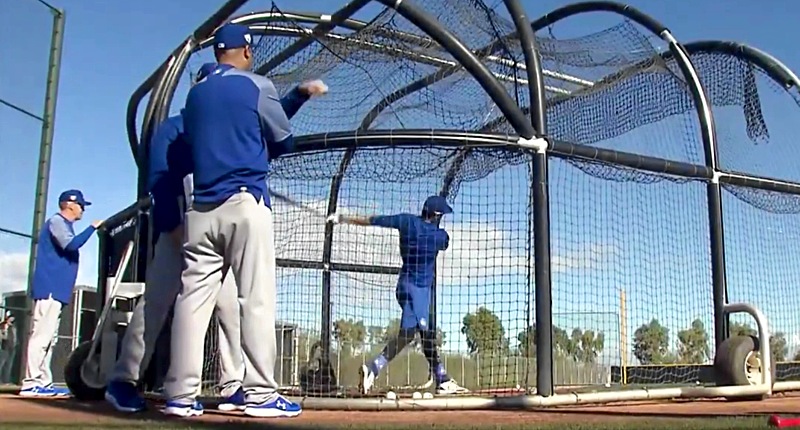 Just re-reading that headline makes me pump my fist a little bit.

First, the actually important part of the Kris Bryant stuff, as the Cubs’ third baseman and should-be-perennial-MVP-candidate spoke to the media today as the Cubs got into their first full-squad workout day in Spring Training: yes, his shoulder is still feeling just fine.

As you can see, and as we’ve seen in previous videos, Bryant is utilizing his normal, one-handed, high-finish swing. Previously, that had bothered his left shoulder after the injury in May of of last year. After playing through a power outage, Bryant attempted to make tweaks to his swing – including, at one point, a two-handed finish – to little positive effect. So it’s very nice to see him healthy enough to get back to what works best.

Bryant confirmed he is fully over his shoulder injury and said he's back to his typical 1-handed swing.

"I've been a really dang good baseball player with that swing my whole life. I was looking at me when I was 8 years old and I swung the same way."

Now for the less serious part of this post, where Kris Bryant basically tells Yadier Molina and the rest of the Cardinals to chill the heck out about jokes:

"I'm not taking anything back. It was just kind of I think things were taken out of context a little bit."

Bryant on his "boring" St. Louis comments, willingness to clear air with Yadi and plans to get out and explore the Gateway city this season https://t.co/c6KFqg4ytx via @MLB

Kris Bryant joked about his rival’s city being boring during a comedy show at a Cubs fan convention. It was funny and silly, and it was completely a nothing. Only Yadier Molina’s desperation to find some motivation turned this into a something.

I hope that the first time Bryant walks to the plate in St. Louis, he turns toward Molina … and yawns.

Yadi Molina, Who is Definitely Not Bored in St. Louis, Says Kris Bryant Feud Will Extend Into the Season https://t.co/tKlLoVrHzB pic.twitter.com/KzIkf9blzV