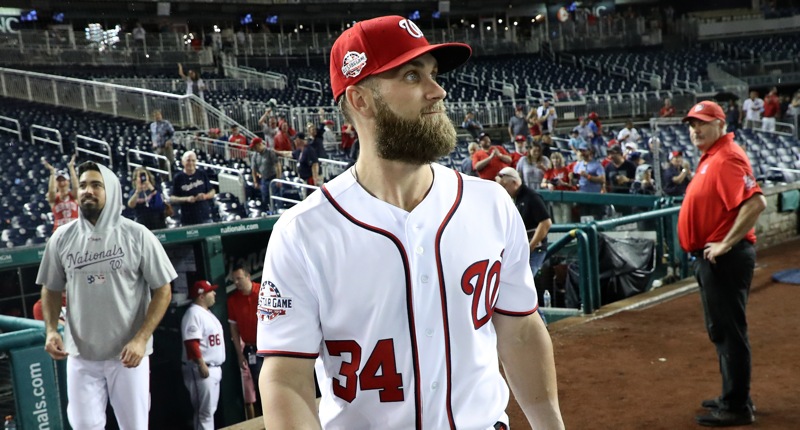 We are only TWO DAYS away from the first Spring Training game of the 2019 season, as the Cubs plan to host the Brewers this Saturday at 2:05 CT. We won’t be able to watch that game, but the audio will be available on 670 The Score … which is something! And there’ll be a box score! I love box scores!

In case you’re wondering, it’ll be a full week until we get a televised Spring Training game, but at least it’ll be a rematch of this Saturday’s matchup against the Brewers at Sloan Park. That’s a great way to open things up in 2019, given the way things ende…. *trails off*

Lozano/Machado asked teams for best offers in last week of 2018, idea was to eliminate 2 of 6 suitors and ultimately decide early in new yr. but to get to magic $300M had to keep grinding until 3d week of Feb. persistence literally paid off.

Baseball, like so many others, is figuring out the best way to combat the awfulness of domestic violence. Dee Gordon has lived with its ramifications since he was 6. Here is his story: #Mariners #MLB https://t.co/ziA2Gh1lDO

Here is my story from yesterday on Danny Farquhar. He and his wife, Lexie, were very generous with their time and in opening up about their experiences, so I hope you'll give it a read. https://t.co/A6UgcK7xfR

Good Lord: Did We Already Just See the Catch of the Year? https://t.co/AScV6m3vlp pic.twitter.com/UYjo3LQl1m