The Very Volumed Reliever Competition - Where Do Things Stand for the Cubs Right Now? Skip to content 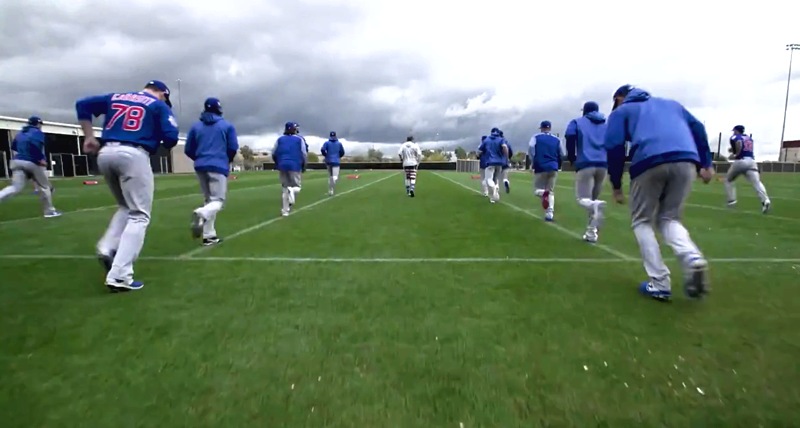 Spring Training games get going this weekend, and although you’ll almost daily hear a caution around here not to take too much away from small sample results in those games, the one area that you can’t entirely ignore is the bullpen competition. To be sure, the majority of the decision-making input will come via data and evaluation that is totally outside of the Cactus League: past performance as it informs future projections, physical health, how they are looking in side sessions, etc. But some of the evaluation, necessarily, will occur as these guys pitch in games, and show how they’re looking against live hitters.

With that in mind, and with the Cubs having taken a very volumed approach to giving themselves bullpen options this year, I wanted to break down the bullpen competition as it stands right now. Who is in, who could be in, who probably isn’t in, yada yada. The field is so dang crowded that we need a baseline from which to work. Note: Brandon Morrow will start the year on the Injured List, so he’s not included.

Basically Mortal Locks, Too, But You Can Imagine Something Crazy Happening

On a Big League Contract, But Not a Lock

On 40-Man, Out of Minor League Options

On 40-Man, With Minor League Options

Prospects Not on 40-Man

I have been following the Cubs closely for quite a while now, and I can’t say I’ve ever seen them sit in camp with THIS level of volume of guys who could win a job in the bullpen and it wouldn’t be totally outside the realm of conceivable. Upper level minor league arms and veterans in on minor league deals are pretty much there to try to win jobs in the big league bullpen, so you can’t quite say any of them would be a shocker. Then you throw in the huge number of 40-man possibilities, and you’ve got a lot of options. So many options. To be sure, having eight guys you know are the best of the best is a much more desirable approach, but, hey, if you can’t afford that, then at least it’s good to have options.

As things stand today, you’d say the first five guys up there are your start to the bullpen, and then there are three more spots available. If everyone is healthy and no one looks egregiously terrible, you’d have to guess the final three spots would go to Chatwood, Kintzler, and Cedeño, based on maximizing your organizational pieces, and also giving those guys a chance to turn it around.

That, of course, would leave off a ton of potentially deserving arms, with Barnette, Maples, Mills, Norwood, and Rosario standing out in particular. Having minor league options available is sometimes a burden (though it does mean you can easily and frequently be called up throughout the season).

Everyone else is theoretically in position to force their way into the Opening Day bullpen if they’re balling out this Spring. You can at least imagine guys like Kontos and Ryan and Mekkes and Webster pushing their way into the “dang, but they’ve looked really good” group.

This isn’t even every arm available to the Cubs right now if they really wanted to surprise and dig deep, but it sure seems like the Cubs can come up with 8 relievers from these 30+ names (well, it’s really more like 2 or 3 from 27). It’s a volume approach, so we’ll have to keep our ears and eyes closely about us to discern which guys are seriously emerging as candidates to win jobs as the spring rolls on. The Cubs will likely have to start stratifying groups very quickly, because there are only so many spring innings AND evaluative eyeballs.

The reality, of course, is that injuries are going to pop up that will create openings where there once weren’t any, or take a guy off the board who looked like he had a chance. But this discussion, this is your baseline for the competition.