WATCH: Kris Bryant Goes Deep in His FIRST Spring At Bat! (UPDATE: And a Base Hit) Skip to content 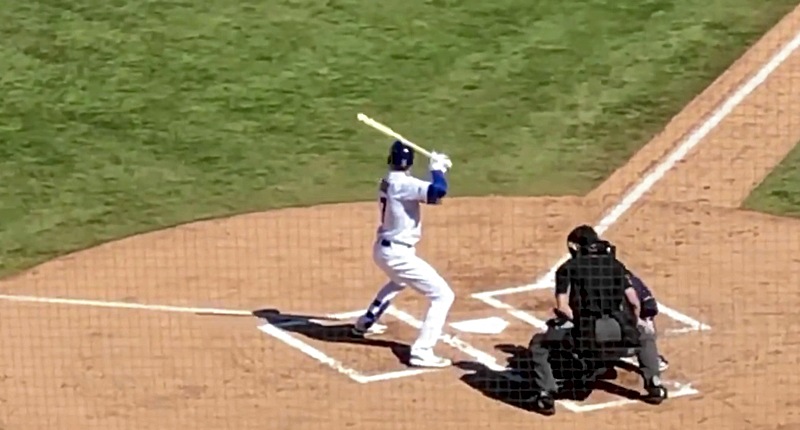 He’s back. Shoulder’s fine. Polish up the ole MVP trophy.

Kris Bryant leaves the yard in his first AB of the spring. pic.twitter.com/Oq3R8c4pkw

Gotta love that, man. After an offseason of obsession about the status of Kris Bryant’s bum left shoulder, which sapped him of both games and power last year, he steps to the plate in Spring Training, and that’s the first dang thing he does.

It’s hard to tell from this angle, but that didn’t even look like an especially mighty swing from Bryant. Instead, it was something of a flick of the wrist on a two-strike pitch.

Thanks, KB. Not sure anything in the Cubs’ first Spring Training game could have made me smile more than that.

UPDATE: A bonus base hit:

2 for 2 and his day is done pic.twitter.com/GOcjnFNa6T