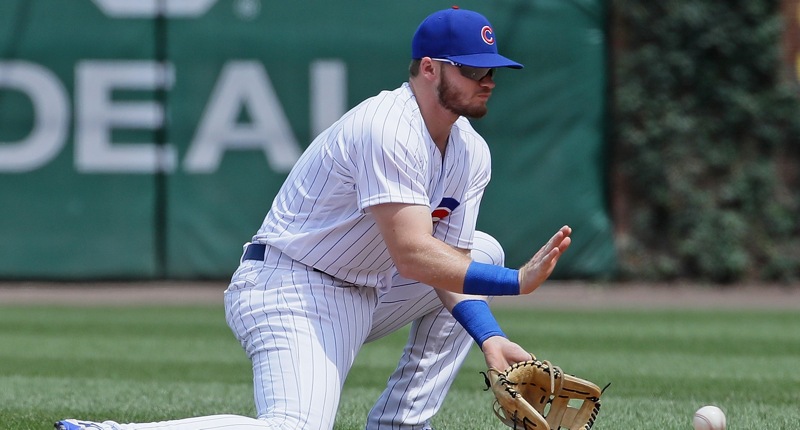 After an attempt to let him see time at second base in 2017 – after working there in the minor leagues the year before – the Cubs gave Ian Happ virtually no time at second base last year. Part of that was a product of the roster, but part was probably a desire to let him develop in the outfield. The result was a guy who, to my eye, had the look of becoming a quality defensive outfielder over time.

But as he settled into that position, and with an eye on the realities of getting regular at bats on a team like the Cubs, Happ sought to remind Joe Maddon that he can still play in the infield, and is more than happy to get a chance back at second base again.

What do you know? He’s starting there in his first Spring Training game:

In the early part of the season, with Javy Baez manning shortstop on the regular, there will be an opportunity for Happ to win some starts at second base, though he’d have to displace Ben Zobrist, Daniel Descalso, and David Bote to do so. Of course, those guys won’t always be starting at second base anyway, so maybe there are going to be some stray starts to pick up. From there, hey, who knows what happens?

But let’s not get too far ahead of ourselves. Happ will still have to demonstrate this Spring that he can truly handle the position in a way that justifies putting him there over other capable defenders, whose bats may not be that far behind Happ’s.

Right now, there’s no reason not to root for Happ to look fantastic at second base, though, and the rest can be figured out later.