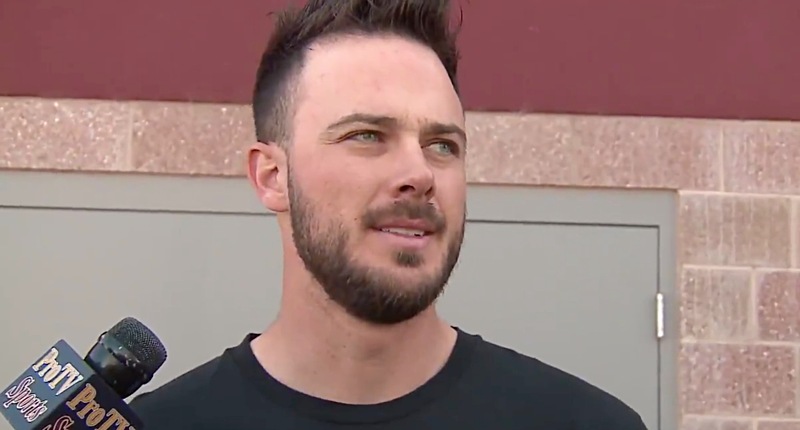 The wind was so strong this morning that it blew one of the tail lights in my car out of place. I know how crazy that sounds, but it happened! It must have already been loose or something, but I came out of the gym and there it was, hanging wide open like someone had grabbed it and yanked. These gusts have been no joke.

Mike Montgomery threw off a mound Saturday at about 80 percent. Says shoulder feels great. Will throw off mound on Tuesday.

Kris Bryant bashes a home run in his first spring training game… then bashes his critics post game. He is using the criticism as motivation going into 2019. #KB #cubs #springtraining #wgntvnews pic.twitter.com/kTp8okm3C0

We mic'd up @CubsJoeMadd at Spring Training.

Hear from the #Cubs manager himself on how he's working to get the most out of his club. pic.twitter.com/nJ96aNAgXE