Another Sign: Yankees Get Aaron Hicks for 7/$70M Just One Year Before Free Agency Skip to content 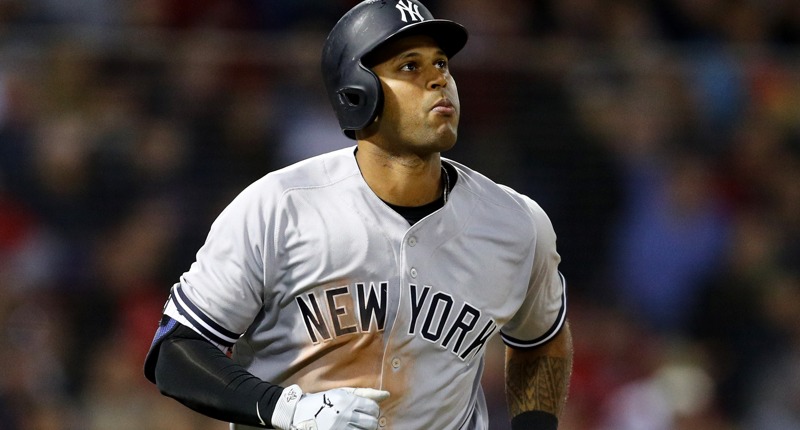 Since the day the Phillies signed Aaron Nola to an extension, we’ve had a bit of a working theory that’s continuing to prove true. In short, we believed that the nature of Nola’s extension – given his age, talent, and (former) potential earnings via arbitration and free agency – represented a sort of unusual fear of free agency.

I wrote: “Indeed, with free agent dollars and timing as uncertain as ever, more guys under control might be – more or less – forced to remain open to the sort of contact extensions for which they might’ve never otherwise settled in the very recent past.”

That theory based on Nola’s deal was later supported by even more apparently team-friendly extensions for Luis Severino, Max Kepler, and Jorge Polanco. Caveats for each player and contract abound, of course, but I think it’s fair to say there’s a bit of a trend developing. And to that end, I have one more data-point to throw on the pile, and it’s perhaps the most telling of all: Aaron Hicks’ seven-year, $70M extension with the Yankees.

What a uniquely long, low-AAV extension.

Hicks, 29, is coming off back-to-back quality seasons for the Yankees, worth a combined 8.2 WAR with offensive production in the All-Star caliber range (126 wRC+ and 127 wRC+). His defense rates well, his base running rates well, he walks like crazy, strikes out less than 20% of the time, and hit 27 homers last season. But despite all of that and being just one year from free agency on the right side of 30, Hicks signed away his only shot to earn truly big bucks for just $10M a year. That’s not normal. Or at least, it didn’t used to be.

At one time, we’d come to accept the value of one win above replacement as roughly equal to something between $8-$10M in free agency. That means that – under the old understanding – the Yankees need Hicks to be worth only 1-2 WAR/year for this deal to be an immediate win.

Thinking about it differently: If he were to repeat his 2018 campaign next season (~5.0 WAR), he’d basically already cover the first FOUR years of his extension in terms of value. Needless to say, he gave up quite a bit of earning potential just so he didn’t have to be dragged through an iced-out free agent winter.

Or maybe he didn’t – at least, in his eyes. Maybe he just ensured himself life-changing money and a job for the next seven years. It’s never going to be easy to ding a guy for locking down this sort of cash, but no matter which way you cut it, this is NOT something that would’ve happened two years ago. Two years ago, Hicks would’ve gone into this last season under contract with big eyes and a bigger appetite. And as long as he was mostly healthy and moderately productive, he would’ve beaten $10M/year in AAV.

Now, after everything we’ve seen these last two years, I have to agree with him: that is simply not a given.

I will point out that although this money will really change his life, Hicks did earn a $1.8M signing bonus when he was drafted back in 2008, made nearly $3M last season, and $1.4M the year before that. That’s chump change next to $70M, sure, but it’s not like he’s some 25-year-old waiting for his first pay day either.

So what does this mean? Well, broadly, it’s more supporting evidence that impending free agents remain vigilant of this market and possibly afraid of risking everything in free agency. Once more, it means we might be in store for even more extensions across the league, as risk-adverse agents and players plot out their future. For the Cubs, specifically, we continue to straddle an uncomfortable line. On the one hand, I would love to see any member of this core locked up beyond their remaining years of control and this recent rash of extensions might catalyze those deals. On the other hand, I don’t want ANY player to feel forced into a contract that doesn’t pay him what he’s worth.

In any case, this is the time of year when these sort of deals typically go down, so keep your eyes out for more on the horizon. The pendulum is clearly swinging hard back in the direction of extensions and we can only hope the trend reaches Chicago … fairly and not out of fear.