David Bote to Be Evaluated Further, But "Appears to Be Trending in the Right Direction"
Search
Skip to content 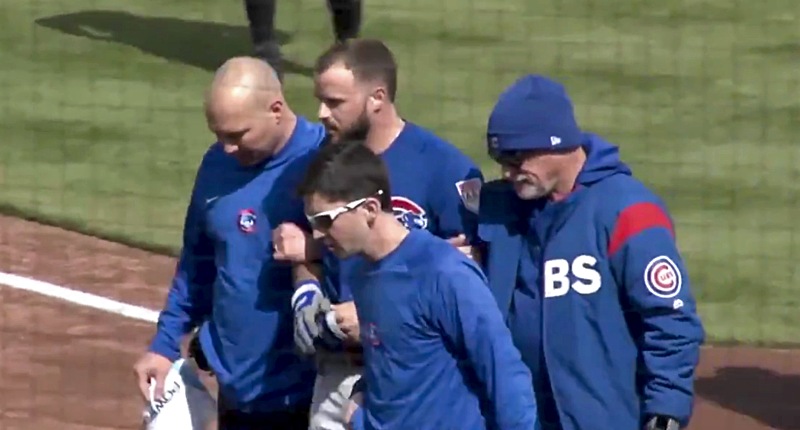 There are still some next steps for David Bote, who was hit in the helmet by a Madison Bumgarner pitch yesterday. So far, though, so good:

Maddon on Bote (beaned Sunday): "He’s doing OK. Still got to get together with Doc Adams, but he appears to be trending in the right direction. Nothing seems to be awful. But we still have to see the doctor first today and figure out the next step."

Maddon: “He appears to be trending in the right direction. Nothing seems to be awful, but we still have to see the doctor first today, figure out the next step.”

Given Bote’s anticipated role as the back-up shortstop at the start of the season, yes, you’d like to see him getting some in-game reps there before the Spring is up. Probably lots of reps. But you’re not going to freak out in late February and push him to return too quickly after taking one off the noggin. Even if he seems fine. Even if the doctors say he’s fine. Even if he’s desperately certain that he’s fine. You just take your time.

Here’s the pitch and the aftermath, if you care to see: