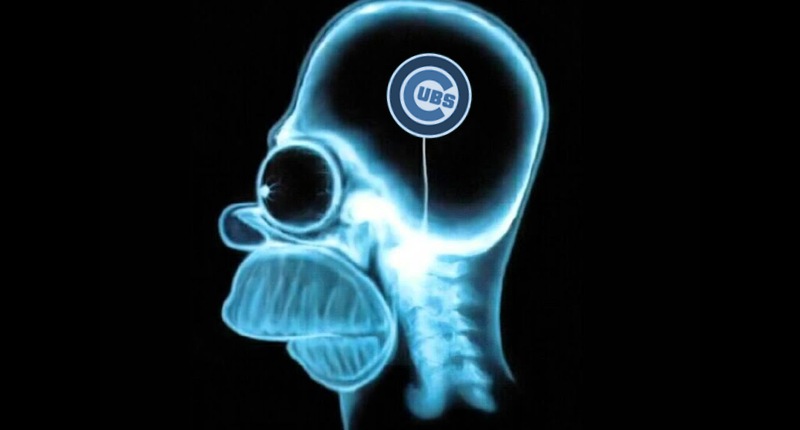 The Wife was doing some appointments today, so that meant we were able to take a workout class together this morning. I’m not gonna pass up on that opportunity, so I apologize for the very tardy Bullets. Worth it, though.

“It’s going to happen. I’m just trying to prepare myself for when that happens,” Russell said of the boos he knows are coming. He called today’s crowd “supporting” and somehow surmised “the tough stuff is pretty much out of the way. But there’s still some room for growth. …”

The @suntimes_sports cover, featuring #Cubs SS Addison Russell, who returned to field and is bracing for fan wrath over domestic-violence suspension, by @GDubCub – https://t.co/PpYrtQSRIZ pic.twitter.com/28WKDSkrr5

YO. I never noticed this flourish. Fantastic. pic.twitter.com/GWG7G9XiL1

This is a pro-player account, but man, the freaking histrionics about the pitch clock are ridiculous. Cutting dead time IMPROVES the game, leaving the holy, revered "fabric" unchanged. Minor leaguers have shown for *years* that this is an *easy* adjustment. Get over it. pic.twitter.com/qpvUbRzYvB

The “Own It Now” shirts have arrived to Cubs camp… pic.twitter.com/ZBmfXtygBJ

This Very Good Boy set a world record with an 83-yard catch.

Wonder if the Bears can get in on him when free agency opens up … pic.twitter.com/7yGaqbzazU

Incredible: Young Player Has Only One Arm, but Huge Power https://t.co/j5KksFYqdS pic.twitter.com/6LQA7BlALY