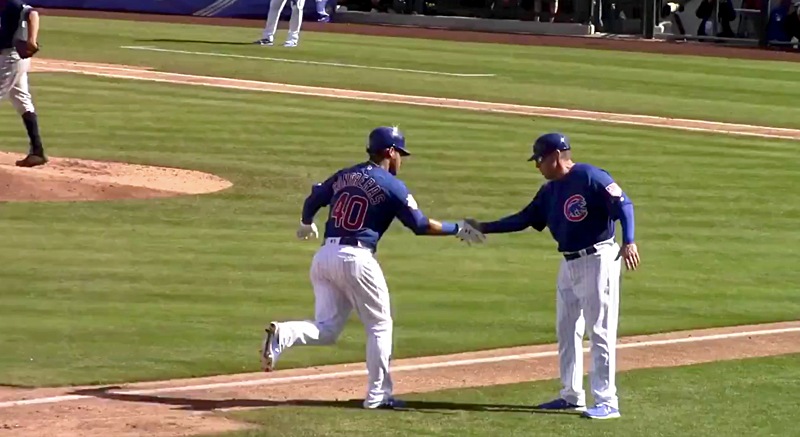 Oh this glorious, glorious sound. It feels like it’s been a long time since we’ve heard it coming off of Willson Contreras’s bat, and I don’t just mean because of the offseason.

That sound, baby. That sound.

Obviously the second half of last year was about as power un-friendly as it gets for Contreras, and here’s hoping – with a reset and some rest and a new hitting coach – he’s found a way to get that line-drive power stroke back online this year.

We've seen some powerful BP displays from Willson Contreras behind the scenes this spring. Now, he has a 3-run homer on his Cactus League stats page. Shot to left in the 4th here vs. Padres. pic.twitter.com/xhSHoRCdpz