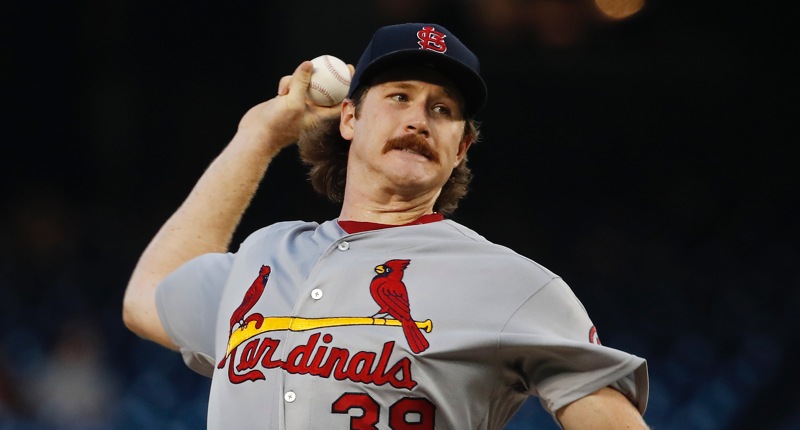 The Cardinals are ponying up to keep their breakout righty in the fold for a few more years:

Source: #Cardinals have an extension in place with Mikolas.

Mikolas extension is 68M over 4 years

That’s a pretty healthy get for a guy with just one year of success in the big leagues, but it was a very successful year.

Mikolas, 30, came back last year from a transformative stint in Japan, and broke out to the tune of a 2.83 ERA over 200.2 innings (3.28 FIP, generally great-looking stuff, plus-plus mustache). Clearly, the Cardinals feel he’s a good bet to keep the good times rolling. He was set to make $8 million this year, though it’s not yet clear if this deal replaces that or adds four years onto it.

Either way, it’s yet another big-time free agent who will not be a free agent after all, and it’s a piece of the Cardinals’ rotation locked down for several more years.

UPDATE: Just to button up, the deal kicks in after this season, which means it’s an even better get for Mikolas: