Yu Darvish is Using More English This Year to Connect with His Teammates, Coaches, and Fans Skip to content 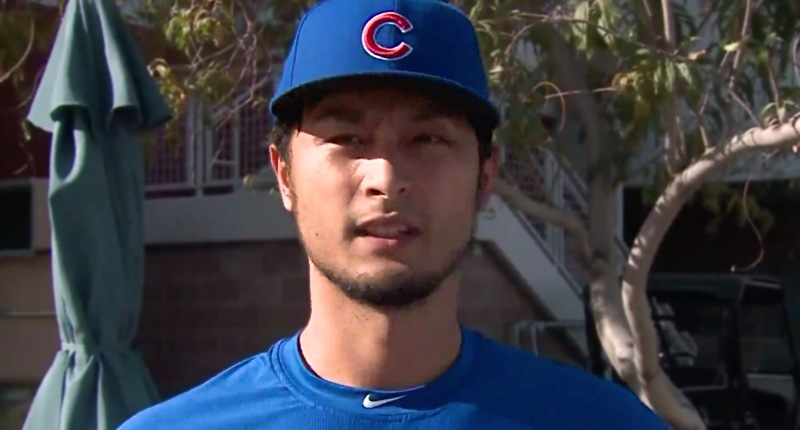 I’m not someone who cares much about which language you speak. All four of my grandparents were born (or lived as a child) in Italy at one point or another, so both of my parents are bi-lingual and I heard plenty of non-English at home when I was young. But sometimes, the language we choose to share in public is more important to others than it is to ourselves.

I don’t think it really should be that way, but I also don’t think that’s inherently malicious. Some people simply ascribe a greater sense of unity or culture to a language (in the U.S., that’s most often going to be English), and so long as there is an openness there, it’s fine. Language and culture are very intertwined and wanting to feel close to your neighbors – in isolation – isn’t a bad gut feeling. Taking that too far is a mistake that happens far too often, sadly, but not everybody is a bad actor.

So while I never, EVER needed or even necessarily wanted Yu Darvish to speak more English, I can understand why he’s made the effort, and applaud his desire to connect even more to English-speaking Cubs fans.

If you remember back to the beginning of Spring Training, you might recall seeing an interview of Yu Darvish in English and without an interpreter. Apparently, that was a very calculated effort and decision he made this offseason and something he hopes can make a big difference: “I want to speak better English,” Darvish told reporters (in English).

In fact, according to ESPN, Darvish has attempted to up his English game in a broader “reset” of his career this offseason. And after the season he had last year – and how distant he grew from fans – I’d say that’s not a bad idea. He’s going to be doing more interviews in English this season and apparently has asked patience from reporters and fans as he attempts to express complicated pitching matters or even just himself.

Cubs President Theo Epstein can appreciate his effort: “Dealing with reporters and the public in English takes away a level of protection. It’s an attempt to make a more genuine connection and is very much in keeping with how open, genuine and eager Yu has been with everyone this Spring Training. I think not using an interpreter is a brave thing to do. I’m not sure I’d be able to do it.”

Darvish’s agent carried the conversation further, saying that improving his English was not just about the fans or the media, but also about interactions with his teammates. “He wants other players or staff members to approach him,” his agent said. “He wants to be like the other guys and fit in. He doesn’t want to be on his own island.”

Yu Darvish didn’t need to learn or improve or use his English to impress me or win me back, but I won’t pretend it’s not impressive and inspiring.* Hopefully, English can bring him greater exposure and inclusion, and all of that can translate into more comfort and, thus, some more success on the field. That’s something I think we can all get behind.

Much more at ESPN on Darvish’s reinvention.

*I know a LOT of Spanish-speakers play baseball and are forced to learn a second language, too. It’s no less easy for them to learn, OF COURSE, though it’s fair to point out – relative to Darvish – that they do have the support of hundreds of other Spanish-speaking teammates and staff, as well as a country that is most familiar with Spanish as a second language (if any). Needless to say, as far as I’m concerned, speak whatever language you want. Language is cool and interesting and beautiful. I love living in Chicago partly because you can see signs in all sorts of different languages, just by driving around the City.