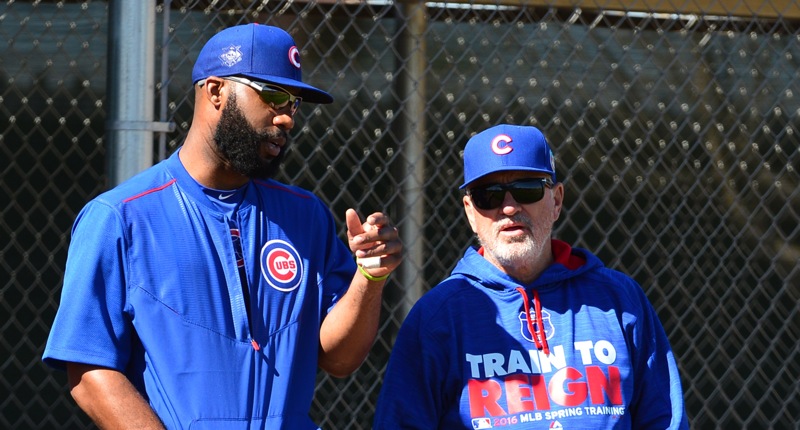 Jason Heyward was a very late scratch from a Cactus League lineup earlier this week, and has not played since then. The reasons given were “personal,” and the update won’t be getting into any particulars.

“He showed up; it’s very personal, but he’s healthy, he’s fine,” manager Joe Maddon told Cubs.com. “He’s going to make the call on [when he returns], but he is well. There’s something personal that’s impacting him, but he’s well.”

The good news is that Heyward is healthy, and he’s participating in workouts, so it’s just a matter of him not playing in the games right now. As was the case with Ben Zobrist, for a veteran position player, missing games in early Spring Training – as long as he’s healthy – is not that big of a deal.

I understand that folks are necessarily going to do some speculating – especially after Zobrist missed a lot of time for unspecified personal reasons – but we don’t have any indication or reason to believe this is about a trade, or Heyward considering his no-trade rights, or anything like that. Certainly, if that were happening, we may not hear about it anyway, but absent actual rumors on that front, I don’t think it makes any sense not to just take this at face value: Heyward is dealing with something “very personal,” and he’s taking some time away from games right now.

All the best to him, and hopefully he’s in a good place to return soon.