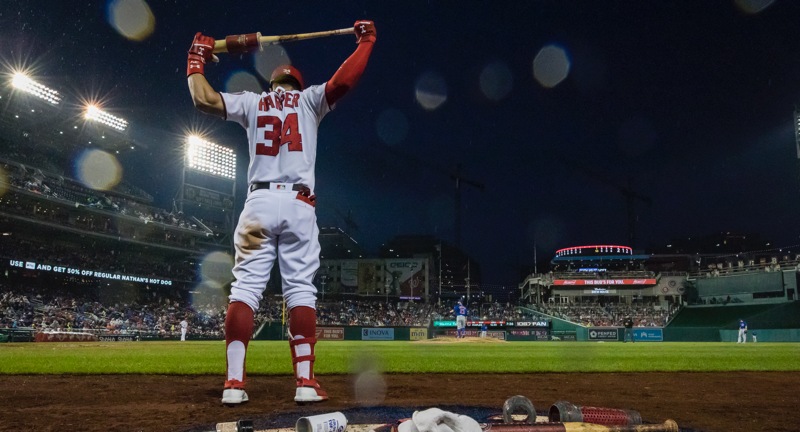 With some measure of apology, this is the obligatory roundup and finalization of all things Bryce Harper transaction, so we can close the door and move on.

Harper, 26, landed the kind of deal he was always supposed to land, 13 years and $330 million, from the Phillies yesterday. With Manny Machado similarly getting 10 years and $300 million, at least we can say that the market honored the fact that players of this caliber do not reach free agency often at this age. They were extremely unique, and their contracts therefore are extreme.

I love Bryce Harper as a ballplayer. I desperately wanted him and his bat on the Cubs and made no secret about it. I would’ve been fine with Cubs inking this monstrous deal. Again, it’s the kind of deal we originally thought it was going to take to get Harper.

That said, I have a hard time castigating any team – Cubs or otherwise – that didn’t want $330M on the books for a single player, extending out 13 years into the future. Is it a good deal for current luxury tax purposes? Absolutely. Is a great deal for the player? Absolutely. Good for Harper. Good on the Phillies.

We can talk about how the deal was appropriate and we can talk about how the deal looks good for the team. But as we’ve seen in recent years, it’s not just that seemingly good deals can go bad and can derail other plans; it’s that sometimes fans need the reminder that the money committed to a player is real money that cannot be spent twice. Even if an organization is spending as much on baseball operations as we fans would like to see, there is going to be a limit on spending at some point – and having huge real dollars on the books for a very long time inures so much risk of the unknown.

Did I want the Cubs to sign Harper? Hell yes. Would have said the sky is falling if they’d signed this particular deal? No way. But can I understand if the entire organization simply was not willing to commit at this level for this length of time for any one player? I can. Much as I might not like the opportunity that was missed, I think I can understand.

If the Cubs miss the postseason by a game or two this year, I tend to think I’ll look back more critically at the decision not to add a sure-fire reliever and a veteran back-up, plus-framing catcher than the decision not to ink this particular Harper deal.

Boras on no opt-outs in Harper's 13/$330M deal: "He wanted to go to one city, stay there, build a brand and identity and recruit players. He wants to tell players: come play with me. He knows it will help winning more if he's with one team the whole time."

In Bryce Harper talks, I am told #Dodgers were willing to offer a four-year deal worth approximately $45 million per season. That would have allowed Harper to shatter the all-time AAV record and become a free agent at age 30. @MLB @MLBNetwork

I’m told Giants made a 12-year, $310 million offer to Bryce Harper. They were willing to go higher but would have had to go well over $330 million to get it done because of California taxes.

The craziest thing about Bryce Harper's mega contract: The Phillies got a bargain.https://t.co/ra1hwNImRX pic.twitter.com/srUBXquN9T

With sea levels rising, I'm not sure the Giants will even have a right field in 13 years.