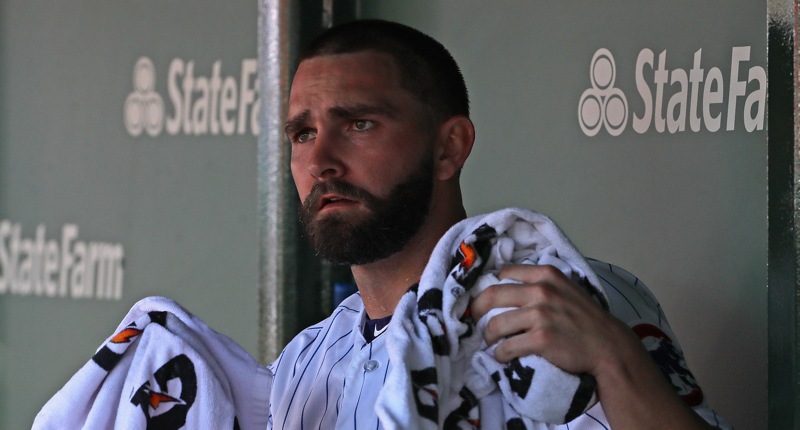 Finally, I could see the Cubs on the TV! Well, my laptop anyway. With the Cubs playing at the Diamondbacks, who were broadcasting the game, it was on MLB.tv. Hooray! Just in time for me to watch Tyler Chatwood …

… pitch shockingly well. I know. I know. I know. You *DON’T* have to tell me. Spring Training is meaningless, the sample last year demonstrated much more, guys just don’t bounce back from that level of yips, and so on and so on. I know it. Totally.

But also, dude is winning the Cy Young:

I wonder if the Cubs won’t stretch him out as a starter at this point, instead trying to keep him fresh and falling back on other starter options if there’s an emergency to open the season.

Oh, and speaking of starters, Jose Quintana completed the quintet of veteran Cubs starting pitchers who looked perfectly fine and boring in their opening two innings of the Spring (Yu Darvish being the exception, but we were tracking much different things for him, and all was just fine).

Elsewhere in Arizona and from the Cubs’ 10-2 win …

Schwarber with another lefty on lefty hit to the left side. Scores Happ. Then he steals third! pic.twitter.com/0qmDR2meXp

"Hello, baseball Batman, I need to report a murder." pic.twitter.com/ArNh41oG24

Anthony Rizzo reacts to Jake Arrieta’s Instagram where he’s sweeping the house in his underwear and also explains the blond air. pic.twitter.com/9nHmT55se3