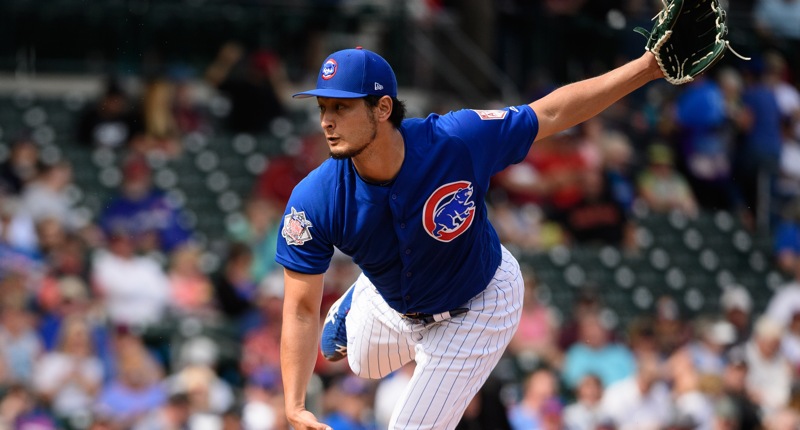 Wouldn’t it be cool to play in a division where the White Sox are probably the third best team? Alas …

The Cubs beat up on their cross-Arizona rivals, racking up 13 runs on 13 hits and 8 walks. Kris Bryant hit another homer, and just about everyone in the lineup got in on the action.

The Cubs and White Sox always draw a crowd in Arizona, and when it happens at Sloan Park, it’s bound to set an attendance record. Sure enough, it was another record day for the Cubs:

As for the starter …

Yu Darvish was quite encouraged by his sharp performance vs the White Sox today: “I’m the best right now in my career,” he said. Why? “Because I’m throwing 97, my slider was really good and my split was good, too. That’s the best stuff in my life.” pic.twitter.com/BLHJK8Oq19

Darvish finishing his work in the bullpen after Cubs took too long scoring their eight runs in the second for him to wait.

Yu Darvish, joking about the Cubs' 8-run, 12-batter second inning that forced him to finish his work on the bullpen mound:

"Every inning. This is Spring Training. I want them to save some for the season. Every inning is 30 minutes."

Jason Heyward is in camp and going through today's morning workout, but still not feeling great. Was scratched from Sat's game due to illness and sent home. Held out of the lineup one more day.

Last call: Fanatics ended its big clearance event yesterday, but the Cubs Shop extends through today – big clearance, free shipping, get on it before the day ends: https://t.co/Qsf8Pnxwh5 pic.twitter.com/cnm2Ps6rIw