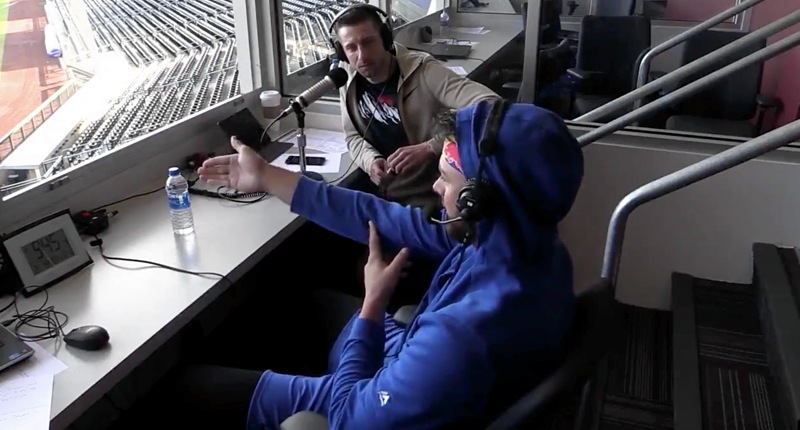 Before we really talked about the Fly Ball Revolution or evaluated a player’s Launch Angle, the Chicago Cubs had a prospect named Kris Bryant, whose swing was beautifully designed to do maximum damage in the air. We didn’t have to talk about launch angle to know what his swing was designed to do, because we saw him doing it all the dang time.

But as these concepts have more fully permeated the public space, there seem to be a whole lot of misconceptions about what batters are actually trying to do. Now, I could go into a technical screed about the relationship between maximizing damage and the angle on your swing, but why would I bother when the man, himself, can dispense with the matter in under 60 seconds:

The goal is to hit the ball hard, consistently, and do maximum damage, which means keeping it in the air. Thus, you want to swing on a plane to meet the pitch as it arrives on its plane. Boom. Done. Kris Bryant for Chief Analyst.