Despite All the Movement Out East, the NL Central Is Still the Toughest Division in Baseball Skip to content 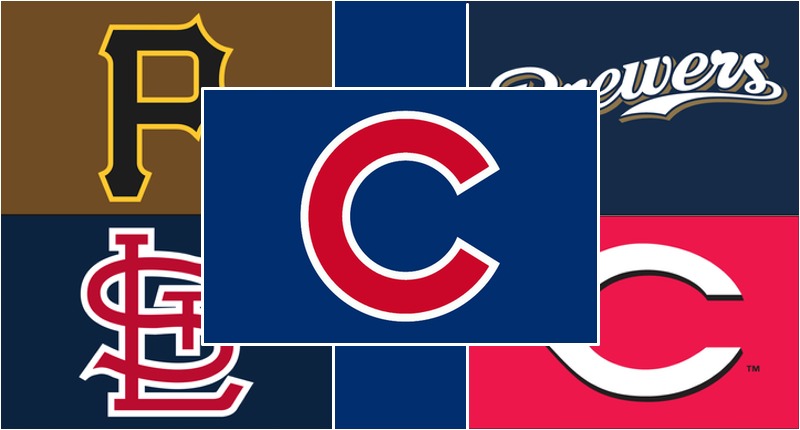 In a conversation with Brett and Luis last night, I brought up how weird it was that the Phillies were able to add FOUR legitimate positional starters to their 2019 lineup in a single offseason: Jean Segura (111 wRC+ in 2018), Andrew McCutchen (120 wRC+), J.T. Realmuto (126 wRC+), and Bryce Harper (135 wRC+).

And as you can see, they’re not only four regular, everyday starters, they’re each above-average offensive contributors. So literarily half of the Phillies everyday lineup in 2019, then, will be filled by above-average bats they added in one single offseason. That just seems nuts to me.

But the Phillies aren’t the only NL West team to improve dramatically this winter. The Nationals added Patrick Corbin, Yan Gomes, and Kurt Suzuki; the Mets added Robinson Cano, Jed Lowrie, Edwin Diaz, and Jeurys Familia; and the Braves added Josh Donaldson. That is a whole lot of star power injected into just one division.

And yet … when Buster Olney ranked the toughest divisions in baseball for next season, the NL East was the runner up. So which division took the top spot? I think you already know:

This article from Buster Olney is part of ESPN Insider, but you can check it out by signing up for a free trial of ESPN+, which also has a video library and live-streaming sports. And if you sign up through the links here at BN, you can support BN in the process.

Olney has detailed write-ups for each of his rankings, but in short, the NL Central takes the top spot because “there aren’t any gimmes – no clubs rebuilding or tanking, every team seemingly capable of winning half their games, or better.”

Of course, the Cubs won 95 games, themselves, last season and are returning a healthy Kris Bryant and Yu Darvish. And while their most notable offseason additions – Cole Hamels, Daniel Descalso, Brad Brach, Xavier Cedeño – fell well short of our desires, each of those players are filling important roles and will be expected to contribute meaningfully and significantly over the course of the year.

The NL East has the Marlins, the NL West has the Diamondbacks and Giants, but the NL Central has nothing but nails. It’s going to be a grind.

As for the rest of the rankings, I think I *mostly* agree. The NL East does look a formidable runner up and the AL Central and NL West are pretty clearly the weakest divisions. I’d probably consider flipping the AL East and West on Olney’s rankings, but at this point we’re splitting hairs. In fact, Olney, himself, acknowledges that the Yankees and Red Sox might actually be the best two teams in baseball, but the Orioles and Blue Jays might be among the worst and the Rays are a bit of a wild card. For that reason, I think I can understand his point.

Be sure to check out Olney’s article for a more detailed explanation of each of these rankings, but remember the Cubs position at the top when you peruse projections around the league. Even if the Cubs are really good this year, a lofty win total just might not be in the schedule.