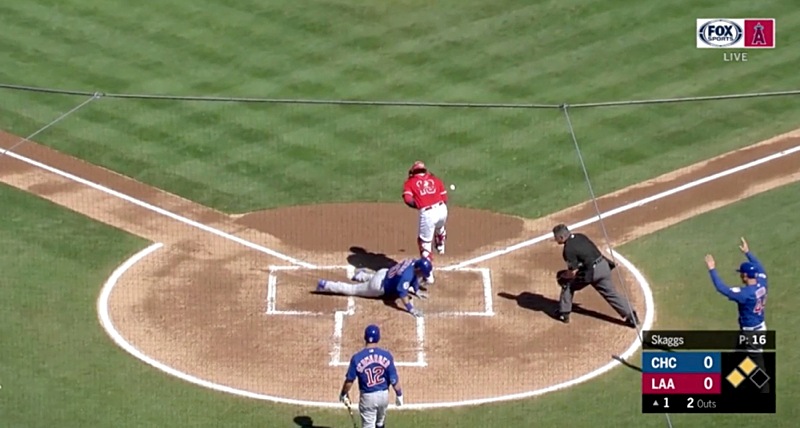 To be sure, I’d rather this happened in a regular season game, since it would mean a couple meaningful runs for the Cubs, but there’s something so perfectly, gloriously Spring Training about the best player in the game – maybe the history of the game – absolutely kicking the crap out of a ball and turning a double into a homer.

Willson Contreras sends one to the gap, and Mike Trout gets kicking:

That was awesome. So much for that $350 million contract, eh, Mr. Trout?

Meanwhile, Willson Contreras’s powerful spring continues, which is nice to see. And when it turns into fun, all the better.