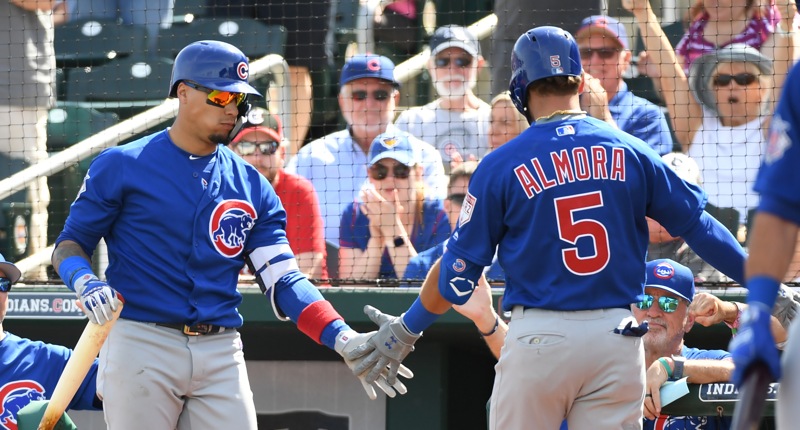 With so few Cubs games televised yet this Spring – even the away broadcasts! – I feared that we were going to go weeks without getting a taste of something that has become an annual rite since about 2014: Albert Almora making a fantastic catch in center field.

It kinda kicks off the year, you know?

Thankfully, despite yesterday’s game not being broadcast, NBCS Chicago got clips of Almora’s first 2019 installment, complete with a leadoff homer to bookend:

The catch is typical impressive Almora fare, as he tracks the ball so well immediately off the bat, travels a tremendous distance to make the play, and then positions himself to make the catch while minimizing the impact he’s going to take from the wall.

The homer, though, was a little more DESTROYED than we’re used to seeing from Almora. He flashes solid power from time to time, but it’s never been a huge part of his high-contact, line-drive game. I’m not about to make any pronouncements on this front, though he is one of the guys this year who is in the “I made certain changes over the offseason” camp. For a very talented natural hitter who is just 24, you never want to rule out the possibility that the right tweak unlocks another level – we’ve certainly seen it plenty of times before – though Almora has been a professional for six years now, so it’s more likely that he is who he is at this point, and any improvements will be more at the margins.

Of course, even marginal improvements to various parts of his offensive game could leave Almora a slightly-above-average overall hitter, which, coupled with his defense in center, would make him a very solid everyday starter, which is no doubt what he seeks to become.