Guys, I'm Starting to Get a Little Itchy Thinking About the Cardinals' Pitching Skip to content 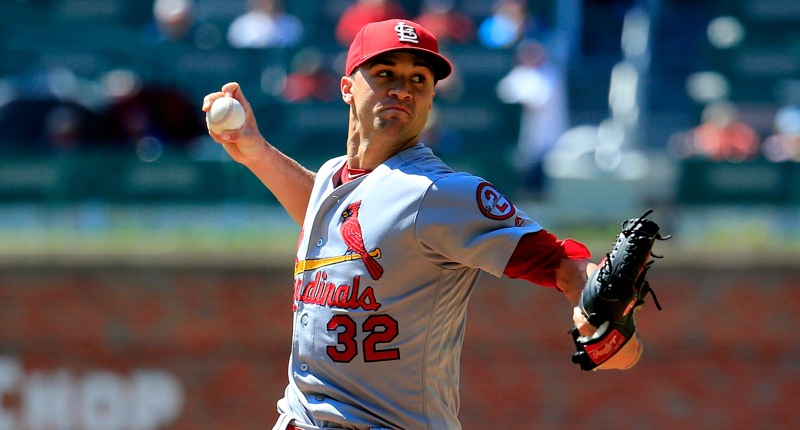 So, like I mentioned in the Bullets this morning, the Cardinals might have a killer rotation this year. They already had quality upper-level depth, but with Miles Mikolas surprisingly dominating last year, with Alex Reyes finally returning from injury, and with Jack Flaherty seemingly breaking out, they also might have extremely high-end talent at the front of the rotation.

Here they are. All NINE K's Jack Flaherty – @Jack9Flaherty – recorded today against the Phillies. pic.twitter.com/b1gjYtfBOp

Spring Training? Yeah. Pitchers ahead of hitters when the pitchers are using all their stuff? Yeah. But does this shit look extremely, impressively nasty? Gulp.

Hicks was throwing those sliders while doing this with his fastball:

Perhaps you’d like to see a fastball and slider overlaid, because this is absolutely perverse:

Now I will also remind you that the Cardinals added Andrew Miller to their bullpen, who obviously can be elite when healthy.

We often play the maybe and if game with the Cubs, naturally, but it gets scary when you do it with these Cardinals: there are the arms there, if healthy and clicking, to have a top five rotation AND a top five bullpen in baseball, together netting one of the best groups of arms in the game.

And their pitchers can hit! Their manager says so:

If you’d like to leave this post feeling more hopeful, I suppose you could say Carlos Martinez is already hurt, Adam Wainwright might be toast, Miles Mikolas will have a scouting book on him, and Michael Wacha is frequently injured and intermittently ineffective. Reyes has great stuff, but hasn’t really pitched in two years. Flaherty could go through sophomore adjustments.

In the bullpen, maybe Hicks’ inconsistency comes back and Miller gets hurt again. Maybe Dakota Hudson isn’t ready, and maybe none of the rest of the mix-and-match group breaks out.

Of course, objectively, it’s most likely that not all of the bad things happen, and also not all of the good things. But this is a very solid group of pitchers, and there’s a ton of quality depth. The Cardinals are probably going to have a lot of good pitching this year. Accept it now.