MVP Attitude: Kris Bryant Still Willing to Move Around to Help the Team Skip to content 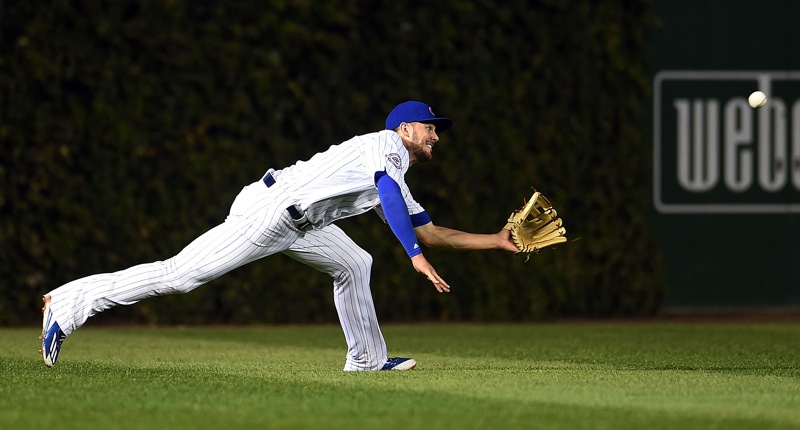 Kris Bryant Revenge SZN is in effect. Talked crap about him last year while he was hurt? Dinger in your face. Spat on his production was he was trying to play through his injury? Homer in your salad. Dumped on his ability to get over his shoulder injury? Tank in your chops.

Bryant was made aware of the doubters over the offseason, and as he got well and started hitting – normally and strongly – he used it as motivation to set up a comeback this year. Bet against him at your own risk.

Kris Bryant is Fired the Heck Up – Do Not Cross Him This Year https://t.co/tQEQgoxV0T pic.twitter.com/BfP4YyzQbT

But even as Bryant put in the work to getting his shoulder and swing back into MVP form at the plate, it’s not like he’s going to stop being a guy who just wants to help his team win. Regardless of his focus at crushing all fools at the plate, Bryant is still willing to do what is needed in the field.

Will Kris Bryant stay put at third base this year or still be an option for the outfield for certain games/matchups? Maddon: "I think it's wise to keep it open. I've talked to him about it again and he says, 'No, I'm fine. I'm fine with it all.'"

Bryant, 27, actually saw more time in the outfield in his injury-shortened 2018 season than he did in 2017, splitting 164 innings just about equally between left and right field (he also saw 13 innings at first base), while manning third base for 712 innings. The defensive ratings hated him in the outfield last year after loving him there in years prior, which is either legit, or just the product of tiny samples, opportunities, and defensive positioning. Me? I wouldn’t put too much into a partial single year like that, especially when it conflicts with the eye test – which says, “Yeah, Bryant’s basically fine in a corner outfield spot” – and when he was playing through an injury (never know how that impacts a guy).

Bryant will see the vast majority of his time at third base again this year, but, with corner outfielders who both bat lefty with strong platoon splits, it’s not hard to imagine there being games where the Cubs might want to get an extra righty into the mix, and use Bryant’s ability to swing out into the outfield to accomplish it.

And despite being an MVP with an eye on revenge, Bryant is more than willing to do what his team needs.