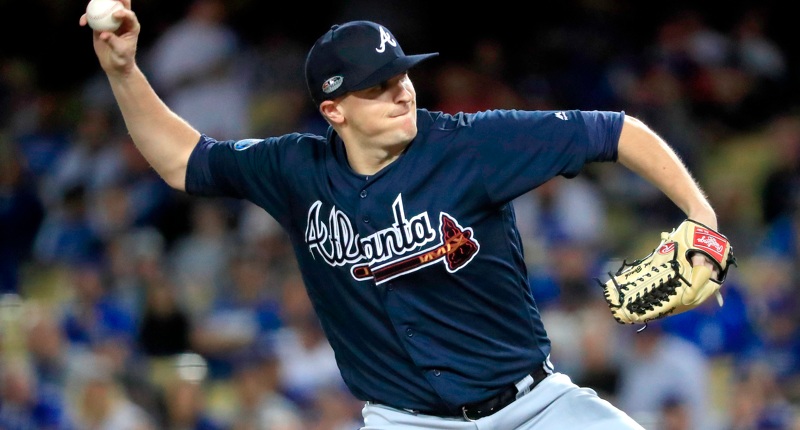 To be sure, under normal circumstances, a pitcher’s velocity being several clicks below his usual regular season figure in the first few appearances of the spring would not really unsettle me. It’s extremely common for guys to ramp up their velocity over the course of Spring Training, and even in the first month or two of the season.

So then, absent any other context, hearing that new Cubs reliever Brad Brach has been topping out in the high-80s this spring (Tribune) would not freak me out, even though he’s historically more of a mid-90s guy. He’s just ramping up, I would tell myself with confidence.

But the thing is, in Brach’s case, there *is* other context: he suffered a bout of mono in the offseason, sufficiently alarming that the Cubs reworked his deal after a physical. Given that mono’s impact ranges widely in people, and given that one of the side effects can be a significant loss of weight and strength, hearing that Brach is 5+ mph under his norm right now is understandably very concerning.

Moreover, with the Cubs already missing Brandon Morrow and Xavier Cedeño – and now possibly Pedro Strop – to start the season, you’ll forgive me if my finger is ever-hovering over the panic button when it comes to relievers.

For his part, Brach suggests to the Tribune that there’s no connection to his illness, and this slow ramp up is always the case for him. In fact, he says that people asking him if he’s all right late in the Spring is a normal thing. So, it happening now is also just par for the course.

The good news is that Brach is right, in part: he’s absolutely had years where his late-spring, early-April velocity was barely over 90 mph, and then it ramped up pretty quickly to the mid-90s range. That said, per Brooks data, that doesn’t appear to have been the case for him in any of the last five seasons. Instead, for a half-decade, his velocity registers in the low-to-mid-90s pretty much right out of the gate.

To be fair, we don’t always have mid-March readings, and it’s possible he was sitting in the upper-80s at some point in the last few springs. It’s also important to note that he was delayed a bit in his ramp up, so although we’re a couple weeks from the start of the season, he might be a little further back than that.

We’ll keep a close eye on this going forward, because obviously there’s a considerable difference between 95 mph and 90 mph when you’re a power righty reliever. The Cubs signed Brach to be their main outside addition in the bullpen, and any dip to his effectiveness is going to sting.

Also, because the Cubs elected not to make significant additions in the bullpen – opting instead for late-in-the-offseason, value signings – they will not be immune from considerable scrutiny if the bullpen proves to be a liability in the first half of the season.