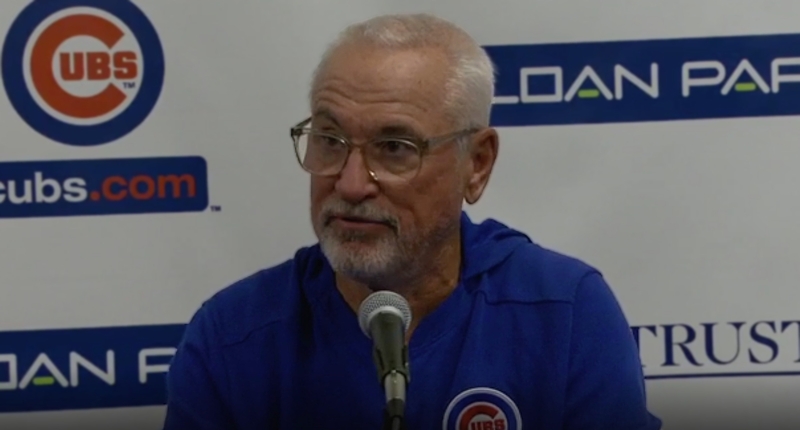 Among the many rules changes that are coming to MLB over the next two years, there’s no question that the biggest and most controversial is a requirement that all pitchers must face at least three batters. There will be caveats built into that for health and perhaps the end of the inning, but that’s the trust of the rule: up from one batter to three.

For my part, I get why folks beef with such a significant change to the structure of bullpen usage, but I’m a fan of what the rule is attempting to accomplish. Reliever specialization and velocity have created some really ugly, un-fun, uncompetitive at bats in the later innings of games. Moreover, the constant churn of relievers later in games is really quite a drag on the pace of the action. Moreover, given the nature of teams seeking the slightest edge, the thing we started to see last year where teams took the “opener” concept to the next level and had a pitcher face a single batter to start the game – well that was only going to continue, and I’m not sure folks would love that.

Would I have gone with a two-batter minimum rather than three? Probably. But, again, I’m on board with the spirit of this rule change, and I’m excited to see how it impacts game play, roster construction, lineup construction, and bullpen deployment. It’s going to have a huge impact on strategy.

… which the part that really loses Cubs manager Joe Maddon:

Maddon on 3-batter requirement for relievers: "Strategy should not be impacted by rules." Otherwise has no issue with other changes.

To be sure, any rules change – literally any one – is going to impact strategy, and Maddon realizes that. His full comments provide much more context about how he pretty much totally gets this, but he just doesn’t like it:

I get Maddon’s perspective, especially coming from a manager: a rules change that fundamentally alters the way you’ve always thought about bullpen usage is going to be extremely jarring. People resist that kind of thing, so Maddon’s position is defensible. He really does lay out his perspective well on this, and he doesn’t simply sound like a dinosaur who doesn’t get it. He does get it. He just doesn’t like this particular rule.

But, for me, I think about how adding a DH in the NL is also the kind of thing that will significantly alter strategy, and that ain’t a reason to oppose it. In this case, desiring one-batter relievers – maybe you really, really like that part of the game – is a completely defensible reason to oppose this change. Short of that, though, it’s not as if one-batter relievers are such a critical part of the history of the game that your fandom cannot survive without them.

(Those last two are really more about what I think is good for the long-term health of the sport as opposed to a personal viewing preference, I suppose. But I’m fine with it.)