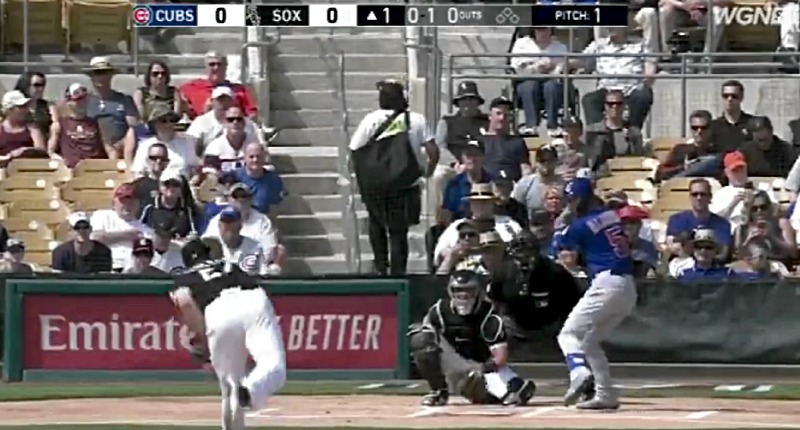 After the flurry of mostly bad injury news we’ve been dealt over the past few days, I think we are all a little deserving of something to celebrate.

Perhaps something like a leadoff homer from Albert Almora Jr.:

It’s just one plate appearance, but there’s so much there to like. For one, Almora hit that homer off a right-handed pitcher – without reverse splits or anything like that – and for another, did you see the launch angle on that puppy?

You obviously don’t want to see guys just taking upper-cuts at every pitch they see, but Almora struggled to generate much power last season and his 50.7% ground ball rate certainly wasn’t helping. If he could get the ball in the air a bit more this season, he might see some natural improvement in the power department.

And, hey, just for fun, Almora singled in his very next at-bat. Given his glove out in center, his youth, relative inexperience, and first-round pedigree, there are still plenty of reasons to dream about Almora. Let’s see if he can put it all together this year.