One Team is Finally Bumping Minor League Pay 50%, and It Could Create an Arms Race From There Skip to content 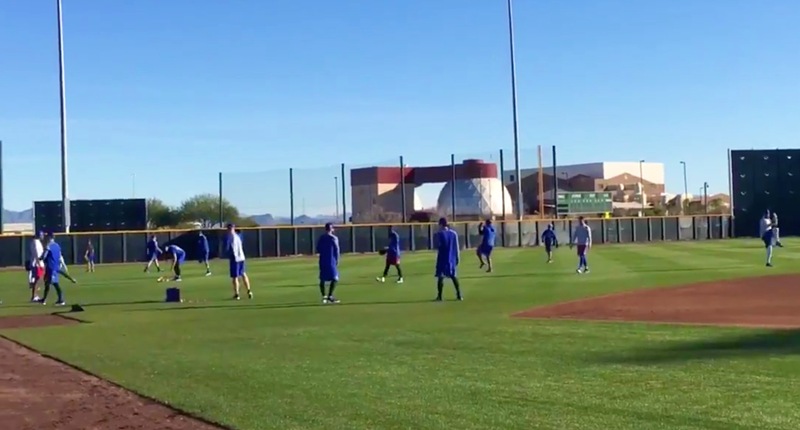 The subject of terribly low pay for minor league players has been an important drum to bang around a variety of internet circles for the last couple years, particularly with MLB lobbying government entities specifically to make sure they do not have to pay those players minimum wage. It feels like a very dark mark on the league, and that was highlighted recently by an article by Emily Waldon that really drove home just how absurd it is to try to survive on minor league pay.

Very good news to share on that front, though, as at least one team is taking a step in the right direction:

The Blue Jays acknowledge that a 50% increase in minor league pay, although a decent chunk of change across the organization, is not going to be life-changing money for the players. But it does hopefully allow them a little better opportunity to live and eat comfortably while they work so hard to help the organization and the sport. It also just seems like the right thing to do.

The question now is whether other organizations will follow suit, or will even try to top the Blue Jays. This has always struck a lot of us as an opportunity to really try to buy another small edge in a sport that is constantly seeking them. Even if you set aside the humanity part of this discussion, every single minor league player has a role to play in the development of prospects who could positively impact the organization at the big league level. Without all the players around, then the top prospects do not develop as well as they could – and there are no games to play as part of that process! So taking excellent care of all minor leaguers, in the aggregate and over a long enough horizon, would seem like an obvious potential edge in wringing out every last bit of development you can get.

The fact that this seems so obvious, indeed, has always made me wonder if there was just kind of an unspoken agreement that no organization would blow up the wage scale that was long in place. Because if one team finally blew it up, then the arms race might begin, not unlike when the Yankees were the first team to really blow out international spending several years ago, which changed everything in that market.

We’ll see if that does happen now, and I hope the Cubs are among the first organizations to make a big change:

Let’s hope this is true. Sources indicate there will be no direction to raise MiLB salaries from the Commissioner’s Office. It’s all on the individual clubs. https://t.co/9YZcoPsKYg

One more bit of kudos to Emily Waldon, who deserves the praise she’s receiving for staying on this story for so long, and for exploring it so deeply:

Leaving the complex today, I was in the midst of a group of players heading the same direction.

A player leaned over & whispered, “Are you the one who wrote that pay article?”

He gestured to the guys around him.

“Can’t tell you how much that meant to us. Thank you.”