Yu Darvish Expects to Be OK, Does Not Plan to Pee on Blister Skip to content 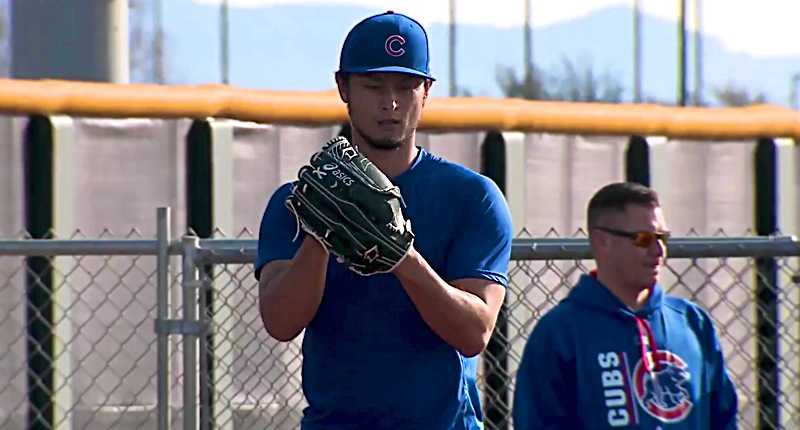 Jellyfish stings and blisters. You get one? You pee on it. Everyone knows these things, from Monica Geller to Moises Alou.

But that’s not going to be the plan for Cubs starting pitcher Yu Darvish, who left today’s start with a blister. Instead, he’s gonna go with more conventional methods like creams and lasers and whatever. BO-RING.

Darvish says he’s not concerned about the blister. Happened on a slider on his last pitch. Post-treatment, plans on playing catch Wed, throwing bullpen Thur and making next start as scheduled. pic.twitter.com/KtNANzA3rJ

Blisters can be an issue – they can impact the ability to grip certain pitches properly and get the right velocity/spin, and the ability to locate – but they are also pretty common. You can see it especially from time-to-time in Spring Training, as fingers callous back up.

Indeed, Darvish himself has had this same blister before early in the year, and it wasn’t exactly a problem:

Darvish said the last time he had a blister on his right ring finger was his first start in 2013. In that one, he came one out from a perfect game. Pitched 2-3 innings with the blister. Made next start five days later.

Hopefully then, pee or no pee, Darvish’s blister will heal up in the next few days, he can throw normally before his final Spring start, and then be ready to go for his season debut.